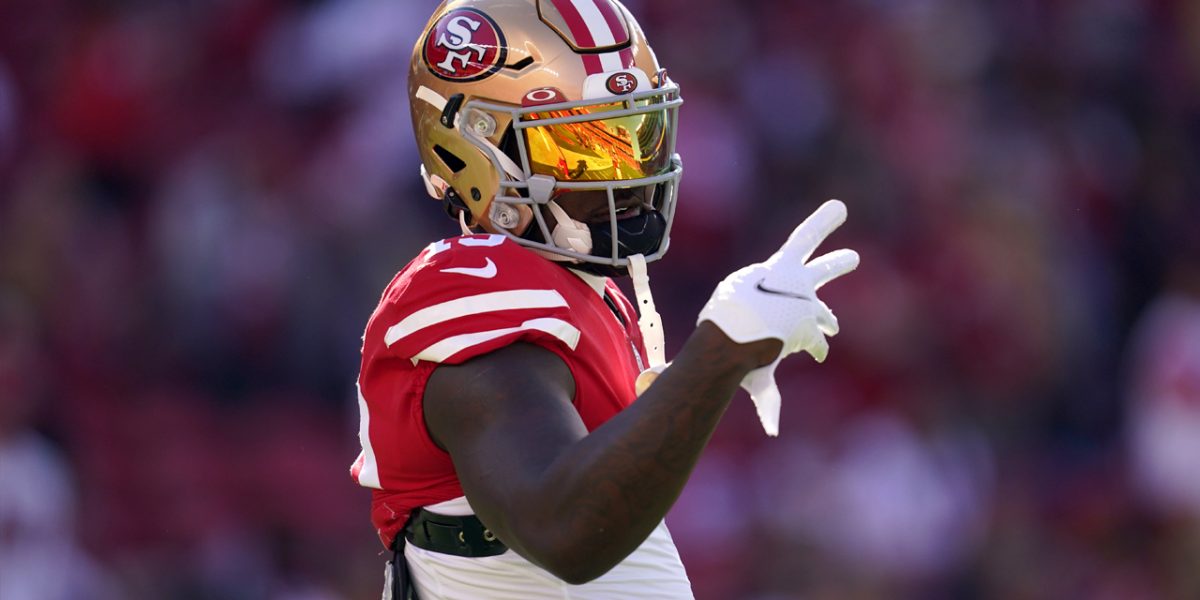 When Deebo Samuel requested a trade from the 49ers, reported on Wednesday by ESPN’s Jeff Darlington, it wasn’t clear at first why the wide receiver wanted to leave San Francisco.

NFL Network’s Tom Pelissero later explained what he believes the reason to be for Samuel’s request: the All Pro’s desire to only act as a wide receiver, not as a receiver and running back double threat.

“It sounds like there’s multiple layers to this, but certainly one of them is Deebo Samuel wants to be a receiver and not a receiver/running back,” Pelissero said on The Rich Eisen Show. “His rushing attempts were significantly up last season from where they’ve been in the past. We all know that he’s a really, really physical player, but there probably are some concerns here about longevity. The counterpoint to that, of course, is that part of the reason that Deebo Samuel is so valuable is because he’s versatile.”

Deebo’s trade request became public just after we hung up with @TomPelissero in our first hour so we had to call him back to explain what went wrong in San Francisco:#NFL #NFLDraft#FTTB pic.twitter.com/lveW0WP1fD

With these statistics, Samuel led the 49ers in receiving yards, and he also had the second most rushing yards behind Elijah Mitchell.