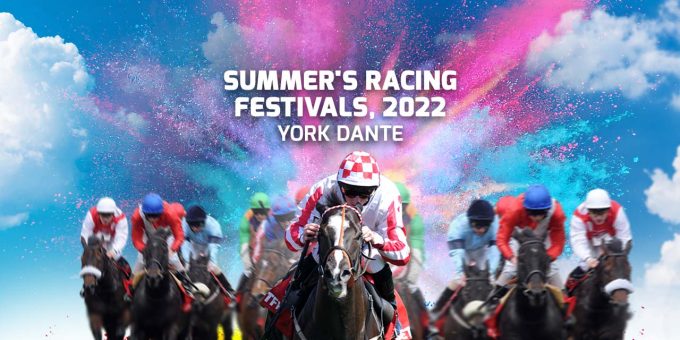 Today’s the day of the meeting’s big feature race, the Dante (3.35) – a Group 2 contest over just a little bit further than 1m2f which acts as a big trial for the Epsom Derby in the first week of June – and it’s looking like a seriously tricky renewal to solve.

That being said, there is one I like in the field – and that’s ROYAL PATRONAGE, currently trading at 9/2, for Charlie & Mark Johnston.

I thought he ran a very respectable race in the 2000 Guineas, finishing just over 6L behind the winner Coroebus, at Newmarket the other week, trying to make all before getting outpaced and outclassed against some proper, top-level milers.

I think Royal Patronage will love this longer trip, which I’m expecting to bring out improvement – but even then, the son of Wootton Bassett is the joint-highest rated in the field and you could argue he comes into this with the best pieces of form.

The favourite, El Bodegon, is also rated 112 and is a Group 1 winner, beating one of the Derby favourites in Stone Age to round off his juvenile campaign. However, he’s done all of his racing at this level in France, on soft ground. In fact, he’s only ran on anything better than soft once, which resulted in one of his two career losses to date. I wouldn’t be surprised to see him win, but I think he has to be taken on.

I also think you have to take on the once-raced Desert Crown for Michael Stoute. He could be anything, as they say, but so far he’s just a maiden winner that’s priced based on reputation and connections more than anything.

Aidan O’Brien’s Bluegrass doesn’t look up to winning this in my opinion, but you can never rule out the master handler with the bang in-form Ryan Moore on board – while I’m a big fan of Magisterial for John & Thady Gosden with Frankie Dettori on board, but again I question whether he’s good enough to win this at this stage of his career.

I see Masekela, currently a 14/1 shot with us, as the biggest threat to Royal Patronage. He made a lovely reappearance, after a very good juvenile season, in the Fielden Stakes (Listed) at HQ last month – the form of which has been very well-advertised with the winner Eydon finishing fourth in the 2000 Guineas the other week, Dawn Of Liberation winning next time out and Sonny Liston and Cresta running respectable races at Chester’s May Festival last week.

You’d expect Andrew Balding’s colt to come on well for that, and should be primed for this, so I wouldn’t put anyone off backing him each-way either.

Next up, I’m taking a similar approach to yesterday in that I’m going for an unraced two-year-old in the maiden at 4.45.

That tactic didn’t quite work out for me yesterday, however I did advise a market check and the signs weren’t positive, so it felt like the writing was on the wall a little bit. This time, we’ve already seen some financial support for the selection, who is into 3/1f.

The horse in question is David Loughnane’s QUEEN OLLY, with Rossa Ryan on board.

She’s another filly, getting weight from the boys, who cost connections a whopping £300,000 and holds a fancy entry in the Weatherbys Scientific £300,000 2-Y-O Stakes in September.

Her owners, Amo Racing, are quickly emerging as the new kids on the block, enjoying a brilliant season so far – especially with their juveniles. David Loughnane has had several winners for them already, which makes me wonder – why has he kept this one for this meeting? The conclusion I draw is that she must be showing plenty at home.

By No Nay Never, this trip should be absolutely fine for her, and there’s nothing else in the field really catching my eye. I’m expecting a big run.