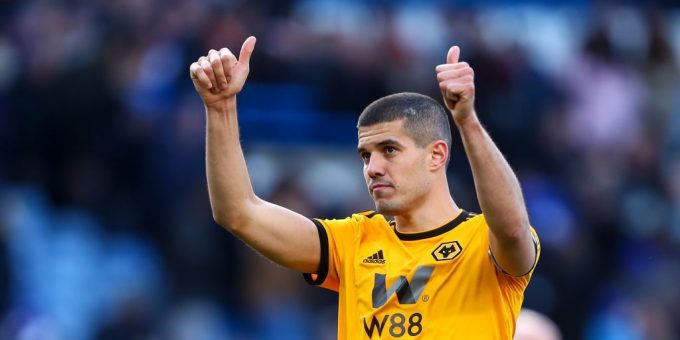 Wolves remain in the hunt for a European berth after staging a late comeback at Chelsea, while Watford’s relegation has been confirmed following a 1-0 loss at Crystal Palace.

Chelsea, who had new owner Todd Boehly watching on from the stands, appeared to be well on track to seal a routine win after easing into a 2-0 lead early in the second half.

Romelu Lukaku netted twice in the space of two minutes but Wolves, eager to respond from their 3-0 loss at home to Brighton last time out, came back fighting.

Substitute Trincao pulled one back in the 79th minute before captain Conor Coady (pictured) headed home deep into stoppage time to earn a share of the points.

The draw means Wolves trail seventh-placed West Ham United by two points in the race for a Europa Conference League berth, while Chelsea remain third but are just four points ahead of Arsenal, who have a game in hand.

Elsewhere, Manchester United’s hopes of finishing in the top four are over following a 4-0 loss against Brighton at the Amex.

Moises Caicedo’s strike sent Brighton into the break with a 1-0 lead before Marc Cucarella, Pascal Gross and Leandro Trossard netted in the second period.

The writing has been on the wall for Watford for some time but relegation to the Championship was officially confirmed after going down 1-0 at Crystal Palace.

Wilfried Zaha’s second-half penalty was enough to consign the Hornets back to the second tier with three games left to play.

Burnley’s hopes of beating the drop took a hit as their four-game unbeaten streak came to an end courtesy of a 3-1 loss at home to Aston Villa.

Danny Ings, Lucas Digne and Ollie Watkins struck for the visitors before Maxwel Cornet bagged a consolation for Burnley (13/8 to be relegated) in stoppage time.

Finally, Brentford edged closer towards a top-half finish following an emphatic 3-0 win at home to Southampton, thanks to goals from Pontus Jansson, Yoane Wissa and Kristoffer Ajer.

The Bees sit 12th and just a point adrift of Palace in 10th after easing to their seventh home win of the campaign.