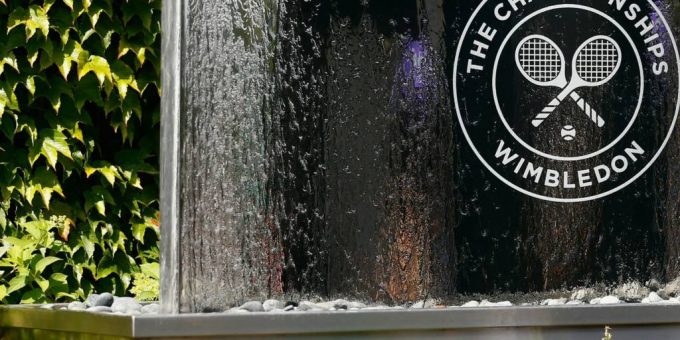 Emma Raducanu (10/1 Wimbledon Outright) says she has “no idea” if she will be fit for Wimbledon later this month after being forced to retire from her opening match at the Nottingham Open on Tuesday.

British number one Raducanu appeared to suffer an injury to her left side early during the opening set of her first-round clash with Switzerland’s Viktorija Golubic at Nottingham Tennis Centre.

After receiving treatment via a medical timeout, Raducanu tried to carry on, but she was forced to retire soon after, 4-3 and a break of serve down to her 29-year-old opponent.

It is the third time this season that Raducanu has been forced to retire from a match due to injury, having previously done so in Guadalajara back in February and at last month’s Rome Masters.

The US Open champion was certainly frustrated by her latest setback, but she says it is too early to tell whether the injury will keep her out of Wimbledon, with the tournament at the All England Club due to start on June 27.

“The first game an absolute freak. I think I pulled something, I am not really sure what exactly happened,” the 19-year-old told reporters.

“I have just come off court, an absolute freak injury. I don’t know what I could have done more about it. That is it.

“I need to get a scan first. I am not going to ‘Google doctor’ myself. I will get it checked out. Then we will see from there.

“I have no idea (about Wimbledon). It could have just seized up and gone into spasm and then it is really bad for a few days. I have no idea. I cannot diagnose myself. I will get it checked out.”

Raducanu is due to return to action, injury dependent, at next week’s Rothesay Classic in Birmingham, as she continues her preparations for her home Grand Slam.

The teenager burst onto the scene at Wimbledon last year, reaching the fourth round, before going on to shock the sporting world by triumphing at the US Open just a few months later.

However, since her success at Flushing Meadows, Raducanu (12/1 US Open Outright) is yet to win more than two matches at a single tournament, a sequence that may well continue if she fails to recover from her latest injury setback.