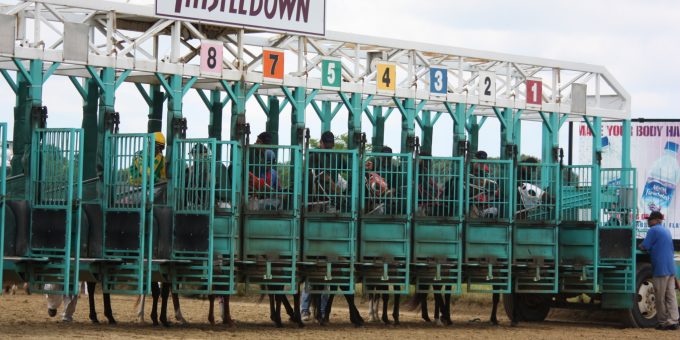 Monday’s US horse racing comes from five tracks, with the action getting underway at Thistledown at 17:50.

As well as the meeting from Thistledown, there are cards at Finger Lakes, Horseshoe Indianapolis, Mountaineer and Will Rogers Downs to start the week stateside.

Thistledown stages eight races today, with the last one due off at 21:21 and the third race there, at 18:50, is one of Betfred’s ‘Extra Place’ contests, paying three places.

Trueamericanbeauty (SP) is expected to be the one to beat after she won four races on the bounce here last year, and if in that kind of form will take some beating, although an improvement is required from her most recent outing at the track when she finished fifth of six over 6f earlier this month.

The racing at Finger Lakes starts at 18:10, and there are eight races at the New York state venue, with the finale due off at 21:19. The penultimate contest at 20:53 is another of Betfred’s ‘Extra Place’ races, and Macho Boy (13/8) is tipped to shine in the seven-strong affair.

Macho Boy won at Aqueduct in March and was then victorious at this venue last time out, so he will hope to get the better of rival Missalpha (7/4).

Mountaineer’s eight-race card starts at 00:00, and they finish up in the early hours of Tuesday morning, with the last one there scheduled for 02:55.

The opener at Mountaineer is a Betfred ‘Extra Place’ race, paying four places, and Passo A Frente (SP), who has been placed in three of her eight starts so far, has leading claims after dropping down in grade following a sixth-place finish most recently at Turfway Park over 1m in February.