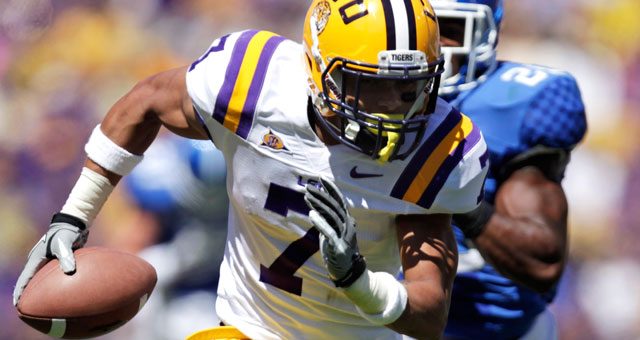 The New Orleans Saints need to win with a great defense. By adding Tyrann Mathieu, they’re building towards doing exactly that.

Earlier this week, Mathieu signed with the New Orleans Saints for a three-year deal worth $33 million, including $18 million guaranteed. Despite what are almost assuredly Hall of Fame credentials and not having turned 30 years old yet, Mathieu is joining his fourth NFL team.

Mathieu, a Louisiana native who played his college ball as a nationally-acclaimed star at LSU, is now a member of the Saints. He’ll form a nasty duo on the back end with fellow safety Marcus Maye, whom general manager Mickey Loomis signed a free agent this winter to help ease the loss of Marcus Williams to the Baltimore Ravens in free agency.

As for Mathieu, the three-time First-Team All-Pro and Super Bowl champ spent the last three seasons playing with the Kansas City Chiefs. However, when Kansas City agreed to terms with safety Justin Reid — a former teammate of Mathieu’s — on the first day of free agency’s legal tampering period — it became clear the partnership was over.

Now, Mathieu finds both an intriguing team and a great fit for himself, perhaps moving on for the final time in his illustrious career. Per ESPN:

“To be honest, I’ve lived a long life in this NFL thing,” Mathieu said. “When I realized the Saints wanted me, and obviously I wanted them, it was a situation that I knew I wasn’t going to pass up.

Entering the summer, the Saints have an offense hoping to get production from receivers Michael Thomas and Chris Olave. The former is recovering from an ankle injury which kept him out all last year, while the latter is a rookie. The offensive line also has a rookie left tackle in Trevor Penning, while the quarterback is Jameis Winston, coming off a torn ACL.

If New Orleans is going to be a threat in the NFC, it will largely be because Mathieu and the defense are lights out.