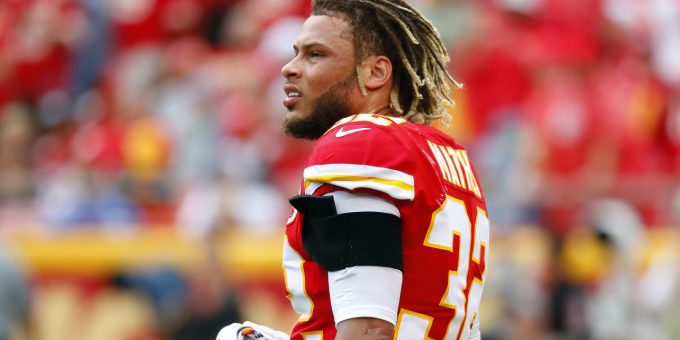 Star safety Tyrann Mathieu has spent the last three seasons with the Kansas City Chiefs, where he became a key piece of their secondary.

However, his tenure ended this offseason as the Chiefs inked Justin Reid on a three-year, $31.5 million deal. In light of that move, Mathieu voiced that he was heartbroken by the move and stated he would have taken the same deal Reid received.

Mathieu had engrained himself as a crucial piece to the Chiefs’ defense, but the team wanted to move in another direction. All that leaves him looking to play elsewhere.

He expressed interest in returning close to home to play for the New Orleans Saints but voiced that the team may not need him. Meanwhile, rumors sprouted that he might be interested in joining the Los Angeles Rams.

There haven’t been any strong links to the Rams, but there is a growing notion that he could head back to the NFC West. Los Angeles could use another proven factor in the secondary, especially after what Eric Weddle showcased in the playoffs.

Nonetheless, Mathieu has his options open, but it won’t be back with the Chiefs.