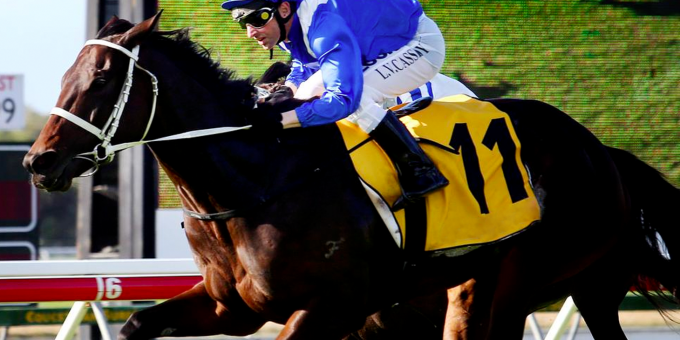 With the Queensland Oaks Racing this weekend, we thought it would be an opportune time to look to the past and celebrate some of the great fillies who’ve graced the Winter Carnival with their presence.

Since the turn of the century, there have been plenty of 2yo and 3yo fillies who’ve jagged one of the big features or won the Oaks and gone onto achieve superstardom.

Appreciate it is early days for this mare, but after an emphatic win for Edward Cummings in the 2021 Queensland Oaks she’s asserted herself as a genuine Group 1 WFA middle distance/ staying horse for the future.

Her win in the Tancred this year was dominant. Verry Ellegant 2.0 anyone?

It takes a special filly to win an open WFA sprint. Sea Siren did it back-to-back in the 2012 Kingsford Smith Cup and the Doomben 10,000.

She later went on to win the Manikato Stakes before travelling overseas multiple times to showcase her talent to the racing world.

This filly came from relative obscurity to run second in the 2003 Doomben 10,000 before coming out in the Stradbroke with a 48 kilo Glen Boss on board and blowing them away.

She went on to win the Doncaster Mile and the All Aged Stakes the following year.

Ethereal was a special, special filly. In 2001, Ethereal crossed the ditch to take the Winter Racing Carnival by storm, culminating in a win in the Queensland Oaks over 2400m.

Later that year, she joined an elite list of mares, winning the Cups double (the Caulfield and Melbourne Cups).

The GOAT started her Group 1 winning run all the way back in the 2015 Queensland Oaks with an absolute demolition job.

We didn’t truly understand how good this filly was going to be, but when she destroyed her rivals later on that year in the Cox Plate, the racing world took note.