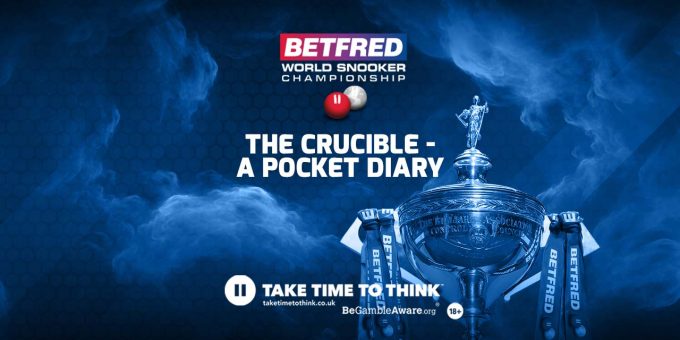 The 2010 champion (above) is the red-hot favourite to land a coveted second Crucible crown at this famous theatre. Robertson has pocketed four major titles this season and kicked off his Crucible charge with a comfortable 10-5 win against debutant Ashley Hugill.

But this is the one he so desperately desires, after years of anguish here. The Aussie ace has been one of the leading contenders heading to Sheffield in recent years, but has left his backers tearing up their slips with three frustrating quarter-final exits in a row.

Robertson has complained of feeling too cramped in the tight arena here, but he stressed there are “no excuses” this time around, after coming up with a cunning plan.

He has left punters at his club unable to sit down and drink a pint in peace by using the barstools to create a tighter space around his practice table. Let’s see if that can be the difference, as he desperately tries to end his painful wait for a second world title.

He certainly looked comfortable with his surroundings in the first round, as he slammed in four century breaks and a 97 visit to dash debutant Hugill’s dreams.

And for those century backers out there, Robertson believes he could hit SEVEN in a single session if he gets on a roll.

The incredible Jessie May charity will be licking their lips at that prospect, because as title sponsors we are giving them £200 per century break at this year’s 17-day marathon. Last season we had 108, so lets see if this elite field can better it this time around! The pressure’s on, boys…

The record for the most centuries made by one player in a single World Championship was King of the Crucible Stephen Hendry (below, left) when he smashed 16 in, off the lampshades as Jimmy White (below right) would say, 20 years ago. “I really do think I’ll have a session where I’ll fly,” roared Robertson. “I was close to having four in a row in the first session. I really think I could make six or seven in a single session if I get on a roll here, I definitely have the ability to do that. I made 12 one year when I got to the quarter-finals, so I could definitely make 20 or more if I go all the way.”

Hendry is hanging on to every record he can after seeing Rocket Ronnie chip away at them over the years. Ronnie could level Hendry’s treasured seven Crucible crowns this year.

Robbo nicking his century record in the same fortnight would just be cruel ….