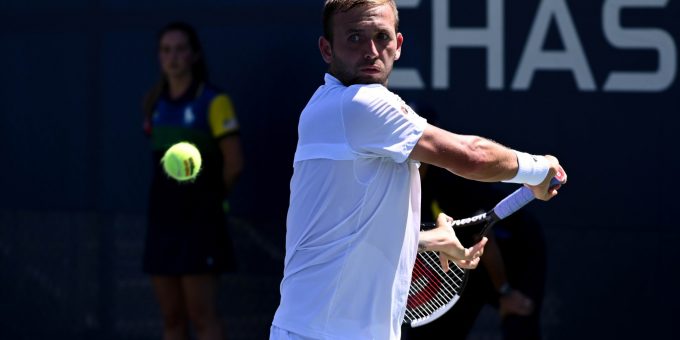 Dan Evans missed out a place in the quarter-finals of the 2022 Madrid Open after suffering a straight-sets defeat to Andrey Rublev, while there was also earlier British disappointment following Andy Murray’s withdrawal due to illness.

Former British number one Murray was due to take on Serbian star Novak Djokovic in the third round but the Scot was forced to pull out ahead of the contest due to illness, handing his opponent a spot in the last-eight of the tournament.

Hoping to give the British followers something to cheer about, Evans then went up against sixth seed Rublev (50/1 – French Open 2022 Outright) with a quarter-final place up for grabs and it was a very competitive encounter between the pair.

It was Rublev who had that bit extra when required, though, and he got over the line in straight sets, winning 7-6 7-5, and he will now take on either Grigor Dimitrov or Stefanos Tsitsipas (Match Betting – Dimitrov 5/2, Tsitsipas 2/7) in the next round.

The withdrawal of Murray (100/1 – French Open 2022 Outright) and the exit of Evans means there is just one British player left in the men’s side of the draw – Cameron Norrie.

Norrie, seeded ninth, takes on seventh seed Carlos Alcaraz in the third round on Thursday evening and the Briton is 4/1 to come out on top against his 1/6 Spanish foe.

Alcaraz is one of the rising stars on the ATP Tour and he is 7/2 to win this year’s French Open, behind only Rafael Nadal (6/4 Fav) and Djokovic (10/3) in the ante-post betting.