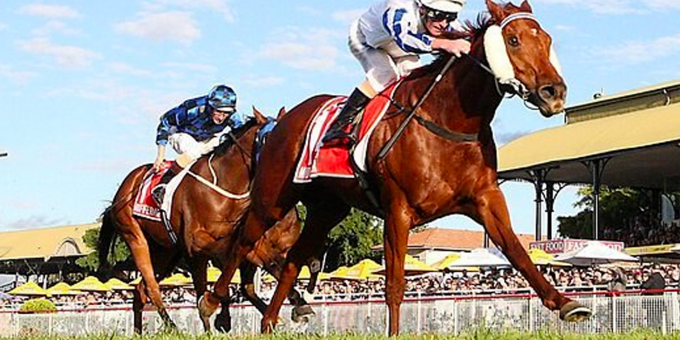 The biggest race day in Queensland is upon us and the field for the Stradbroke Handicap is absolutely stacked with genuine chances.

And if you have been following racing for a while punters, you’ll know that this race often throws up a winner at juicy odds.

In fact, just one favourite has saluted since 2004!

Let’s take a look at some previous winners who’ve gotten up at huge odds.

Well done if you found them on the day!

Mike Moroney’s win with Tofane in 2021 wasn’t his first taste of Stradbroke success. Mr Baritone saluted at big odds in 2008, $31 to be precise.

Coming off a third placing in a listed race, the gelding scored by a bee’s you-know-what to pick up his only Group 1 victory in over 60 starts.

With the other horses who finished into the placings starting prices all being well over $20, you could imagine what the exotics would have been paying…

You could argue River Lad was over the odds at $31 when he won the Stradbroke, considering he won the Group 3 BRC Sprint a few weeks’ beforehand.

It was an enormous result for Sunny Coast trainer Natalie McCall, jagging her first, and at this stage only, Group 1 victory.

This beautiful chestnut mare would only go on to win once more.

After winning the Goodwood at a big price of $26, Santa freshened for 3 weeks and started the Stradbroke at a decent price of $14.

In retrospect, that was enormous overs!

Santa finished his career with over $8m in prize money and 5 Group 1 victories.

This one is a bit odd. Black Piranha won the Stradbroke in 2009 at a short price of $4, so clearly a lot of punters were on board.

A year later he started the race at $21 and won again.

To be fair, in 63 starts the gelding won just 8 times, 2 of them being these Stradbroke victories. His connections sure weren’t complaining!

The big fella finished his career with nearly $3m in earnings.