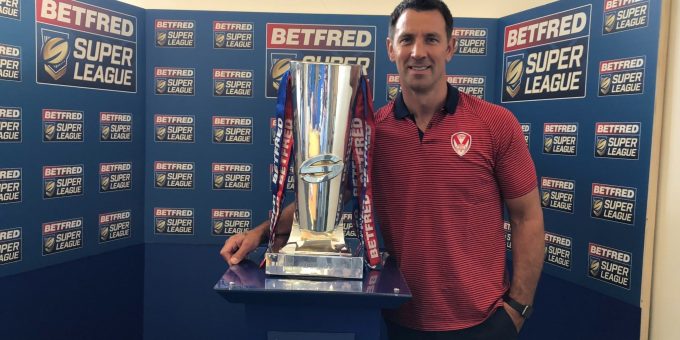 I don’t think many saw that coming – that being Saints starting seven debutants in the game against Castleford!

But what an account the young lads made of themselves.

Gaffer Kristian Woolf chose to rest the majority of his regular starting line-up following a successful but extremely demanding Easter period. My personal opinion? A smart move – and here’s why.

Our current position at the top of the Betfred Super League allows that bit more flexibility at times like this, and with some big games on the horizon – especially the Betfred Challenge Cup semi-final in two weeks’ time – the chance to rest key players and try to avoid injuries is good management. Also, it was great to give the young fellas the opportunity to shine on the big stage against experienced Super League players… and didn’t they just?

The effort they put in was outstanding, in a game that will be no doubt more intense and faster than anything most of these players have ever experienced.

There were understandably nerves at times, which sometimes told with some unforced errors, but the whole experience will only inspire these players to continue to work hard and keep fighting for more opportunities to represent this great club on the big stage.

One player I thought was outstanding, as did the gaffer, was Ben Davies. He’s a very skilful player with the physicality to handle the top level. He will no doubt be knocking on the door for more game time now.

It will be interesting to see the team sheet come Friday evening as we take on Salford at the Totally Wicked Stadium.

This week is all about finding that balance of protecting the top players while also having momentum going into that all important semi-final against Wigan on May 7.

Saints are clear 4/7 favourites to lift the Betfred Challenge Cup at the Tottenham Hotspur Stadium at the end of May, with Wigan 4/1 – followed by Huddersfield at 6/1 and Hull KR at 7/1.

Back to Betfred Super League, and despite that brave loss to Castleford last weekend the champions are still clear favourites at 10/11 to retain their title. Catalans are available at 3/1, with Wigan 6/1 – while Warrington, who finally got back to winning ways, are 10/1.

Salford come into Friday’s fixture off the back of a gutsy, narrow defeat away at the DW live on Channel 4. They are certainly an entertaining team to watch and are not shy about throwing the ball about. Two players Saints must keep an eye on are powerful loose forward Elijah Taylor and strike winger Ken Sio.

However, like most weeks I believe the result is in Saints hands, and if they perform it will be back to winning ways. I’m going for a home win by 18 points or more (4/6 with Betfred).