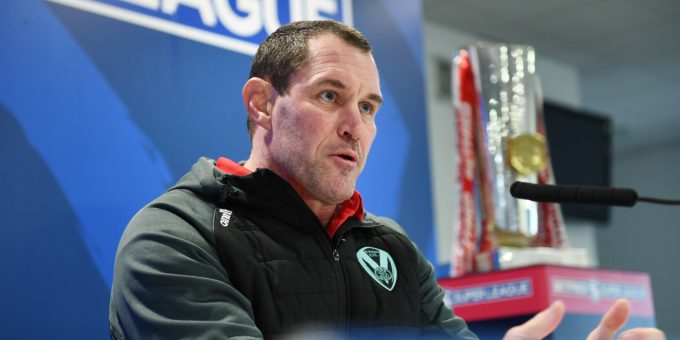 There are two more fantastic Betfred Super League matches to get stuck into on Saturday, starting with Wigan’s trip to Castleford at 14:00 before Kristian Woolf’s St Helens travel to Toulouse at 17:00.

Before we delve into those two games, there were two contests that took place on Friday and Huddersfield managed to bounce back from their Challenge Cup disappointment with a 22-14 victory at Catalans.

The Giants have climbed to third in the table, just a point and a place behind the Dragons, and Ian Watson’s men are available at 16/1 to go on and win this year’s Grand Final.

In Friday’s other encounter, Leeds continued their resurgence under new head coach Rohan Smith with a 40-4 thumping on the road at Warrington Wolves, who slipped to 10th following that defeat.

The Rhinos have jumped into eighth position, seven points clear of bottom and the same amount adrift of fourth, and they can be backed at 33/1 to claim the Grand Final spoils.

On to Saturday’s games and the action begins with a 14:00 clash between sixth-placed Castleford and fourth-placed Wigan, who are trailing leaders St Helens by four points.

The Warriors may have won the Challenge Cup last time out but their recent Super League form has been poor, with a 32-22 defeat to Huddersfield followed by a 31-22 loss to Hull FC.

In the 17:00 clash, rock-bottom Toulouse will be aiming to do the double over leaders St Helens when they meet at the Stade Ernest-Wallon (Toulouse 5/1, Tie 28/1, Saints 1/7 – Match Betting).

The struggling French outfit stunned Saints 22-20 back in March – one of just two wins they have recorded this season – but they may find life difficult against an opposition searching for a fourth straight Super League victory.