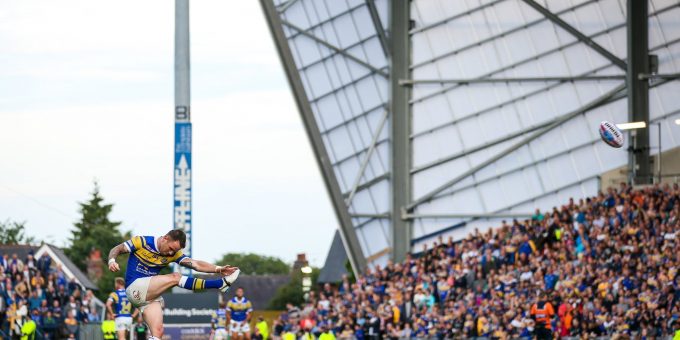 St Helens will face Wigan Warriors in the semi-finals of the Challenge Cup next month after they overcame Catalans Dragons and Wakefield Trinity respectively at the weekend (Challenge Cup outright – St Helens 8/13, Wigan 7/2).

The fierce rivalry between the two clubs will get another chapter when the two sides meet at Headingley in May, which comes a matter of weeks after their Super League clash on Good Friday.

Saints secured an impressive 36-20 away victory at Catalans on Saturday to book their place in the final four of the competition, which they are looking to defend after beating Castleford Tigers last year.

Six tries, five of which were converted by Tommy Makinson saw them defeat the Dragons in a repeat of last year’s Grand Final.

Meanwhile, Wigan were comfortable 36-6 winners over Trinity, with Jai Field scoring a hat-trick.

The other semi-final matches up Huddersfield Giants and Hull KR (Challenge Cup outright – Huddersfield 11/2, Hull KR 7/1) with both desperate to earn a spot in the Wembley final.

The Giants beat Hull FC 24-16, while KR proved to be too strong for Castleford, running out 34-10 winners.

Huddersfield are six-time winners of the competition but haven’t won since 1953, while KR’s only triumph came in 1980.

Before that, there is the traditional Easter round of fixtures coming up this weekend with Saints and Wigan (Grand Final – St Helens 11/10, Wigan 4/1) facing off in the usual Good Friday clash.

The two sides are locked on 12 points after losing only once apiece so far during the Betfred Super League season and whoever wins will secure a huge psychological lift.

There is also the first Super League French derby on Thursday as Catalans (Grand Final – 3/1) play host to Toulouse, who have still only won once this season as they remain bottom.

And, the derbies continue with FC and KR playing for the pride of Hull on Friday afternoon.