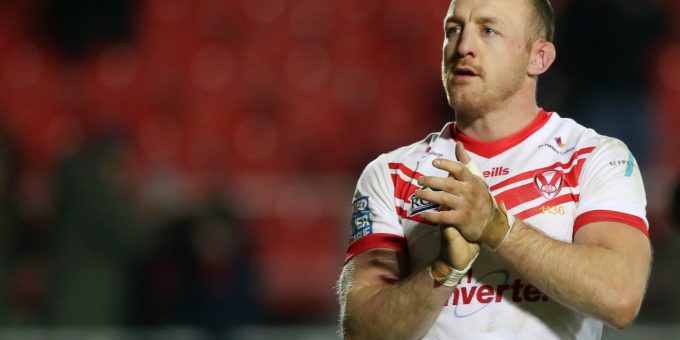 James Roby is in line to make history on Sunday as he will become the all-time Betfred Super League appearance holder if he turns out for St Helens (EVS Fav – Grand Final Winner) in the home clash against Hull KR at 15:00.

Roby is a legend of the game and he is currently joint top of the Super League appearance standings, alongside Kevin Sinfield on 454, but the Saints ace is set to move out on his own.

The 36-year-old made his debut for St Helens in 2004 and has since led the club during a trophy-laden era, winning five Super League titles, seven League Leaders’ Shields and four Challenge Cups.

Saints are sitting top of the standings on 24 points, two clear of Catalans Dragons and Wigan Warriors, and the table-toppers will be hoping to extend their advantage with victory against Rovers at the Totally Wicked Stadium (St Helens 2/15, KR 11/2, Tie 28/1 – Match Betting).

Talking to BBC Radio Merseyside about Roby ahead of Sunday’s encounter, St Helens boss Kristian Woolf said: “He [Roby] has got a mental toughness that seems to be better than anyone else, he seems to get the most out of himself.

“His leadership and the way he sets an example, that’s what sets him above any player I’ve ever worked with.”

Elsewhere on Sunday, rock-bottom Toulouse play host to seventh-place Castleford Tigers at 14:30 and the home side are 6/4 to pick up a much-needed victory, while the tie is priced at 18/1 and the visitors are 8/13 to triumph.

At 15:00, Wakefield Trinity, who are just one place and four points ahead of Toulouse, welcome ninth-place Warrington Wolves to Belle Vue for an important Betfred Super League clash (Wakefield 7/5, Warrington 8/13, Tie 22/1 – Match Betting).