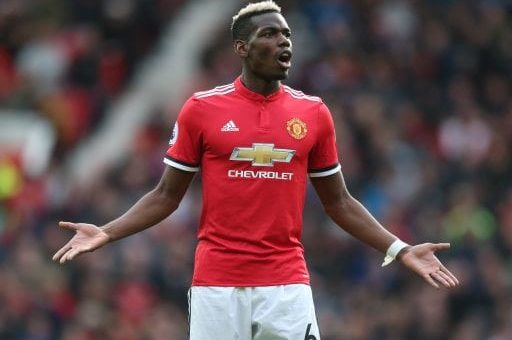 Manchester United have been dealt a blow ahead of Saturday’s crunch Premier League trip to Arsenal, as midfielder Paul Pogba has been ruled out for a minimum of four weeks with a calf injury (Arsenal 11/10, Draw 5/2, Man United 12/5 – Match Betting).

Pogba picked up the injury during the opening exchanges of United’s 4-0 defeat to Liverpool on Tuesday and interim boss Ralf Rangnick has now revealed that the France international faces an uphill battle to return before the end of the season.

That means Pogba, whose United contract is due to expire in the summer, may well have played his last game for the club, with Rangnick refusing to confirm whether the 29-year-old would be seen in the famous red shirt again.

“It is very unlikely he will play again until the end of the season,” Rangnick told reporters at his pre-match press conference.

“The doctor told me it will take four weeks minimum for him to recover and the last game is the end of May.

“I don’t think that it is very likely that he will be able to play again.”

The absence of Pogba will be a blow to United (14/1 Top 4 Finish), who will head into Saturday’s match in north London sitting sixth in the standings, three points behind opponents Arsenal (11/10), as well as Tottenham Hotspur (4/6), in the race to finish in the top four.

The news is not all bad for the Red Devils, as Cristiano Ronaldo, Raphael Varane and Scott McTominay are all likely to feature at the Emirates Stadium.

Arsenal will head into the fixture buoyed by their midweek victory over Chelsea, a result that has reignited their top-four hopes following a run of three successive defeats prior to their trip to Stamford Bridge.

Boss Mikel Arteta is certainly excited by the prospect of qualifying for the Champions League for the first time since the 2016-17 season, although he is expecting plenty more twists and turns in the race over the coming weeks.

Asked about Arsenal’s top-four hopes, Arteta said: “I am very excited about the options we have ahead of us and we are going to give it a go, and try our best to try to reach that.

“I think there are going to be a lot of twists still. That’s what we have to do, perform and play well tomorrow to deserve to win the match which I think will be difficult.”

The Gunners have no fresh injury concerns heading into Saturday’s match, with full-back Takehiro Tomiyasu in contention to feature for the first time since January after recovering from a calf injury.

Captain Alexandre Lacazette (12/5 Anytime Scorer) is also pushing to start after being introduced as a late substitute against Chelsea following a bout of Covid.