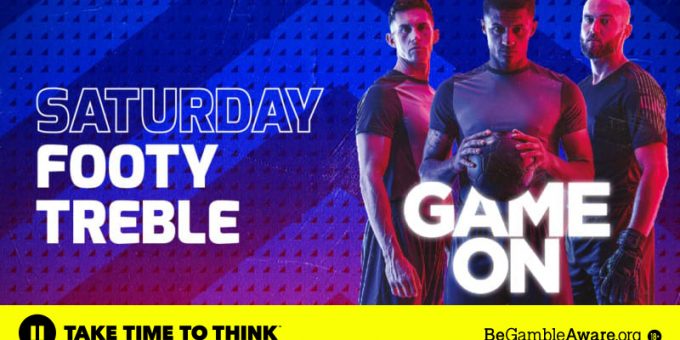 We’re back with another treble…

One-out-of-three last week means we’re still searching for our second treble of the season – and time is running out!

We’ve had a few close calls in recent weeks but can’t quite get over the line. Let’s hope we can this weekend!

(Prices can fluctuate between time of writing and game time, dependant on market activity)

Burnley’s resurgence in recent weeks has given them a huge chance of avoiding relegation.

They’ve climbed out of the bottom three but remain two points adrift of the drop zone with four games left to play.

Sean Dyche’s replacement Mike Jackson – still only in caretaker charge of the club – has overseen a remarkable and immediate upturn in form, taking 10 points from a possible 12 at the helm so far, including victories in each of his last three games.

Villa’s win against Norwich last time out ended a five-match winless streak, although, only the bottom three have lost more Premier League games than Steven Gerrard’s side this season.

The Clarets are in the better form, so that’s why we’re siding with them here.

Our next pick comes from Stamford Bridge as Chelsea take on Wolves.

The Blues are looking to bounce back from a disappointing defeat to relegation-threatened Everton, while Wolves were beaten comfortably at home by Brighton.

Third place is still in Chelsea’s hands heading into the final games of the campaign, but having now won just one of their last four in the Premier League, the gap to Arsenal has now been cut down to just three points, and it is unthinkable to imagine the Blues failing to achieve a top-four finish after flirting with a title challenge earlier on in the season.

Wolves were looking like they were going to compete for the Champions League spots earlier on in the season, but now they’re scrambling to finish in the Europa Conference League spots.

They’ve lost their last three, and with Chelsea being at home, we’re leaning towards a win for the Blues at 1/3.

Watford’s relegation could be confirmed this weekend. Mathematically, that hasn’t been confirmed yet, with Watford 12 points from safety and there’s 12 points still up for grabs, but anything other than a win for them this weekend would rubber-stamp it, as would any points for Burnley and Leeds United regardless of what the Hornets do.

So it’s a game with huge implications.

Patrick Viera has enjoyed a decent first season in charge of Palace, and turning draws into wins will be one of the main targets for next season, with Palace sharing the spoils on a league-high 14 occasions and winning just nine times so far this term.

The Eagles have also kept three clean sheets in their last three home games, and there’s still the possibility of a top-half finish to play for.

Trader’s special price for the treble – 6/1!