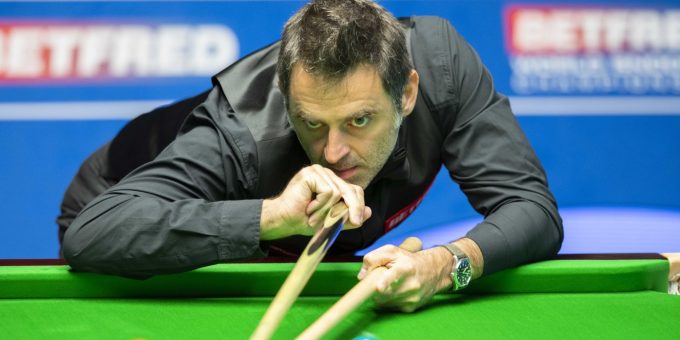 Ronnie O’Sullivan’s (6/1 – Betfred World Snooker Championship Outright) quest to win a seventh world championship will begin with a difficult first-round clash with David Gilbert, who reached the semi-final stage of the tournament in 2019, while Kyren Wilson has been handed a blockbuster tie.

The Crucible extravaganza runs from April 16th to May 2nd, with all first-round matches best of 19 frames, while the second round and quarter-finals are the best of 25, the semi-finals are best of 33, and the final is the best of 35.

Spectators will have plenty of action to get stuck into, with two matches taking place at the same time until we reach the last-four stage of the tournament, where the semi-finals and final are played on one table.

Looking at the first-round draw and O’Sullivan – who is aiming to join Stephen Hendry on seven world titles – will have to get past Gilbert, who came through qualifying and is eager to go deep like he did in 2019 when reaching the semi-finals.

The pick of the opening ties is arguably the clash between Kyren Wilson (18/1) – a beaten finalist in 2020 – and China’s Ding Junhui (28/1), who was a runner-up in 2016 and had to come through qualifying to reach the main draw.

Elsewhere, defending champion Mark Selby, 9/1 to add a fifth title to his collection, will face Welsh ace Jamie Jones (250/1) in round one, while 2019 champion Judd Trump (11/2) has drawn Iranian debutant Hossein Vafaei (100/1).

Australian Neil Robertson, the pre-tournament favourite at 4/1, will take on first-timer Ashley Hugill, while Michael White – just the second amateur to reach the main draw in the tournament’s history, will face three-time winner Mark Williams.

Trump remains one of the big draws in snooker, with his willingness to take on extravagant pots and give the crowd some excitement making him a firm favourite with the spectators.

Nicknamed ‘The Juddernaut’, he turned professional in 2005, winning his first ranking event at the 2011 China Open (now a non-ranking tournament), before he went agonisingly close to landing the World Championship that same year when finishing runner-up.

The Englishman, who did clinch the UK Championship later that year, would have a further two world championship semi-final appearances before finally landing the crown in 2019.

Trump has matured as a player since first bursting onto the scene, developing a better safety game and managing frames better, but he still knows how to thrill the crowd, and he has racked up 845-century breaks.

Ranked fourth in the world, the 32-year-old has one ranking title to his name this season, that coming at the Turkish Masters, while he also won the non-ranking Champion of Champions and reached the final of the Welsh Open.

All that seems to be missing from Trump’s CV is another world championship, which would make him the 14th player to become a multiple winner of the Crucible event, and he will be hoping for another successful run.

Ding and Maguire make it to Crucible