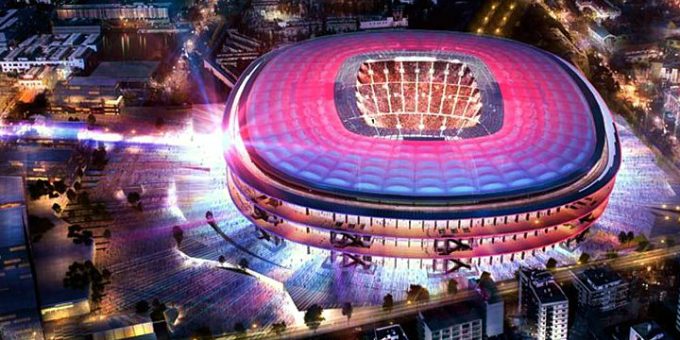 On Wednesday, Barcelona smashed the women’s attendance record when 91,553 spectators were present to watch them come from behind to beat arch-rivals Real Madrid 5-2 at Camp Nou, advancing to the Champions League semi-finals, 8-3 on aggregate.

With a raucous Nou Camp cheering them on, the defending champions made light work of their adversaries to set up a last-four match against Wolfsburg, who ousted English side Arsenal on Thursday.

The previous record for highest attendance for a women’s club match was 60,739 at Wanda Metropolitano in 2019, when Barcelona defeated Atletico Madrid 2-0. A game between Lyon and Frankfurt in Munich in 2012 set the previous Champions League attendance record of 50,212.

Vwin’s sports section indicated that the crowd at Europe’s largest stadium also shattered the previous record for spectators in a women’s international, which was achieved when 80,203 people watched the US win Olympic gold by defeating Japan 2-1 at Wembley Stadium in London in 2012.

It was the first time the Barcelona women’s team played in front of a crowd at Camp Nou. They have played in the stadium before, albeit behind closed doors due to sanctions imposed after the pandemic.

The team’s home games are normally held at the Johan Cruyff Stadium, which has a capacity of over 6,000 people. The Camp Nou has a 99,000-seat capacity and has a stadium-wide mosaic with the slogan ‘More than Empowerment’ on seats.

Following Mapi Leon’s early opening, Real Madrid threatened to ruin the celebration before Olga Carmona’s penalty and a stunning strike from Claudia Zornoza put them 2-1 up on the night.

On a historic occasion, though, Barcelona were not to be denied the El Clasico bragging rights, and they have now won all seven encounters with their great rival.

Aitana Bonmati, Claudia Pina, Alexia Putellas, and Caroline Hansen all scored after the break to send them through.

Barcelona will now face Wolfsburg who beat Arsenal 2-0 at the Volkswagen Arena on Thursday. Wolfsburg emerged 3-1 winners on aggregate after a 1-1 draw earlier in London.

What it meant for women football

Ballon dOr winner and lethal Barcelona forward Alexia Putellas could not hide her joy. “I don’t have the words to describe it. It was super magical. The game ended and the fans didn’t want to leave. It was incredible.”

Aitana Bonmati who also scored on the night said: “We’ve recently been through some wonderful experiences, especially winning the Champions League. But maybe this was more special.

It wasn’t just the players on the pitch who felt it was incredible for women’s football. Players from all around the world rushed to social media to share their amazement at seeing such a massive crowd.

Everyone was looking forward to seeing if any match would break the previous high of 60,739 fans for a women’s club game, but they went even farther.

It surpassed the previous record of 90,195 set at the 1999 World Cup in the United States by becoming the biggest audience ever to watch a women’s football match. The record has stood for 23 years.