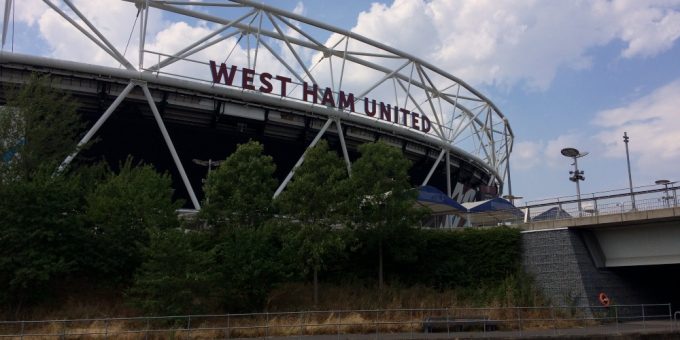 Mark Noble says he’s confident West Ham (8/13 – To qualify for final) will secure a positive first-leg result against Eintracht Frankfurt on Thursday to take into the return leg in their huge Europa League semi-final.

The Hammers are preparing for their first European semi-final for 46 years – ironically against the same German club they faced last time in the 1976 European Cup Winners Cup semis – when they run out at the London Stadium later.

A win on the night would set them up well for the trip to Germany next week and Noble says David Moyes’ side will do everything they can to ensure they remain firmly in contention to reach the final after Thursday’s home showdown.

He told the club’s website: “I think if you look at it how we’ve looked at every game this season, going into every game with no detail overlooked in terms of the opposition. We’ve looked at Frankfurt since we’ve played Chelsea on Sunday and we’ll get ready for the game.

“I’m pretty sure with the atmosphere on the night and the team we’ve got, we’ll be in the game for when we go to Frankfurt, I’d be very surprised if we weren’t, but you’ve got to treat every team with respect because you don’t get to this position without being a good team.”

He added: “I knew we had a great squad, an honest squad, and I believed we could do something special, but a semi-final…this one now tops everything.”

Kurt Zouma, Issa Diop and Angelo Ogbonna are all unlikely to return for the first leg but key men Declan Rice, Jarrod Bowen and Michail Antonio, who were all named on the bench for the league defeat at Chelsea at the weekend, will all be handed recalls.

West Ham are 4/5 to win on Thursday, Eintracht Frankfurt are 3/1 and a draw is 5/2, while Eintracht are 5/4 to qualify for the final overall.

It could yet be an all-British final in the Europa League as Rangers have also made the last four and take on RB Leipzig in Germany in their first leg tie on Thursday night (Rangers – To qualify – 3/1, RB Leipzig 1/4).

Boss Giovanni van Bronckhorst is without his two top scorers this season for the trip as Alfredo Morelos and Kemar Roofe are both injured, so Fashion Sakala could be asked to do a job up front on his own.

Van Bronckhorst says he has a game plan to counter the absences as the Gers eye a good result (RB Leipzig 1/3, draw 19/5, Rangers 7/1 – Match odds) against the side who sit fourth in the Bundesliga before next week’s second leg at Ibrox.

“It’s not a big decision,” the Dutch coach said. “They are not available and I have made my plans after watching the opponent playing. I will choose the right game plan and we need the players to perform well. We need a big performance on Thursday.”