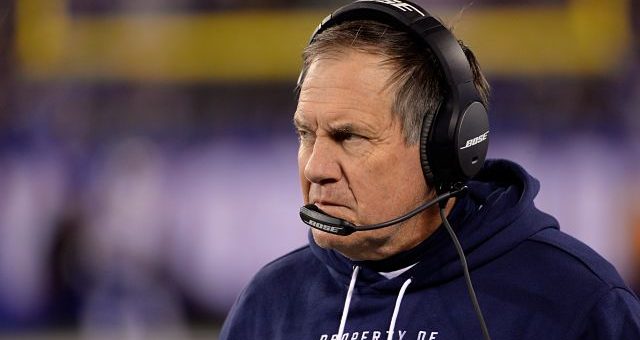 The AFC is absurdly strong, and the New England Patriots are lacking on both sides of the ball. Bill Belichick has a tough chore ahead.

For two decades, the New England Patriots ran the NFL. Those days are over.

Last year, the Patriots went 10-7 and earned a wild card berth, surprising many while starting a rookie quarterback in Mac Jones. While Jones tapered off at season’s end, he put forth a quality campaign, throwing for 3,801 yards with 22 touchdowns against 13 interceptions.

However, New England will need head coach Bill Belichick to produce one of his best year ever — saying something since the man has six Super Bowl rings — if it’s going to reach the postseason once more.

Although Jones is promising, he’s far from one of the best quarterbacks in what has become a loaded conference. He’s nowhere near the top half, a group occupied by some combination of Patrick Mahomes, Josh Allen, Joe Burrow, Lamar Jackson, Justin Herbert, Russell Wilson, Deshaun Watson, Matt Ryan and Derek Carr. At best, Jones is 10th, and that could be considered a reach.

Around the second-year signal-caller? Not a ton. Hunter Henry is a quality tight end, but the receivers are incredibly underwhelming. DeVante Parker, Jakobi Meyers, Kendrick Bourne, Nelson Agholor and second-round rookie Tyquan Thornton are the main weapons on the outside. It’s a group of depth, but one without any real playmakers.

Behind Jones is a terrific running back in Damien Harris who gets to scoot behind an excellent offensive line, but that’s hardly enough in today’s NFL, which is about throwing the ball and getting chunk yardage.

Defensively, the Patriots watched star corner J.C. Jackson leave in free agency for a five-year deal with the Los Angeles Chargers. New England replaced him with an old face in Malcolm Butler, a clear downgrade despite his illustrious past.

Finally, the front seven is anchored by edge rusher Matt Judon and nose tackle Christian Barmore, but the Patriots are lackluster in many other areas. It’s tough to imagine New England not taking a step back defensively, which puts the onus on a limited offense … unless Belichick can save the team once again.

And if the Patriots are going to make a run into January, it’ll be because arguably the best coach of all time pulled off his best work yet.