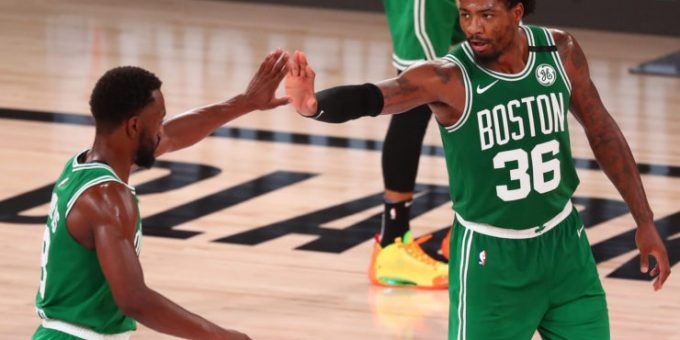 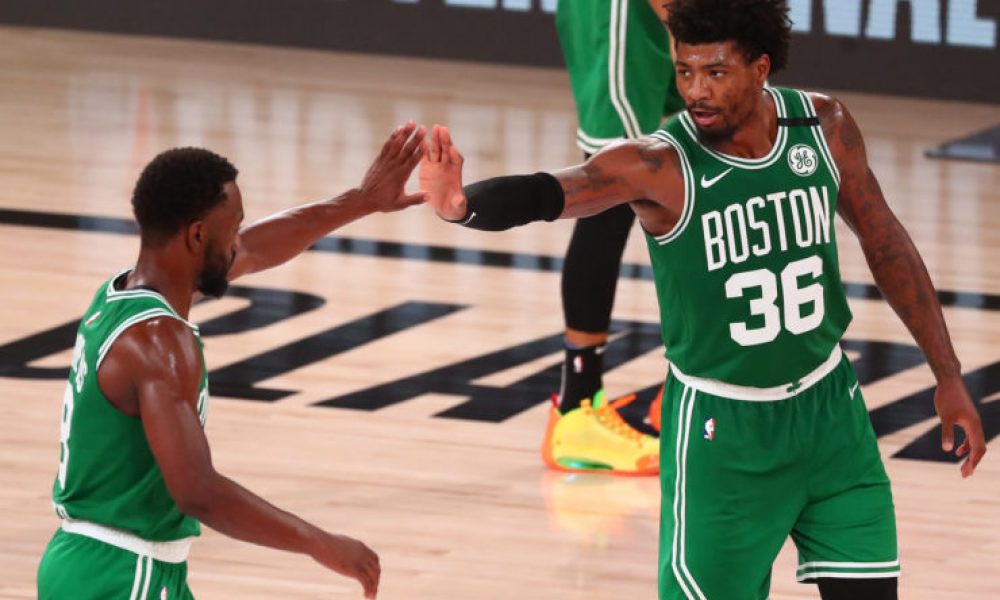 Boston Celtics star Marcus Smart will be playing through the pain in the NBA Finals against the Golden State Warriors.

Marcus Smart has had a string of injuries to his right leg. He has hurt his quad and foot, but his ankle issue is the most serious.

However, he played 41 minutes and scored 24 points in Game 7 of the Conference Finals against the Heat. Most players will be pretty banged up at this point, and Marcus Smart says it isn’t an excuse.

“The ankle was a pretty serious injury,” Smart said. “I’m thankful to be able to play, let alone still be walking. It hurt, but my mom always told me, if you are going to be on the court, you can’t make excuses. If you’re hurt, then sit your tail down. If I’m going to be out there, no matter how much pain I’m in, I can’t let it affect me.”

Similarly, Robert Williams has been listed as questionable for Game 1 of the NBA Finals. A bone bruise in his left knee caused him to miss three games against the Bucks in the conference semifinals and Game 3 against Miami in the conference finals.

Williams says that playing reduced minutes makes the issue manageable. Although he still has to work hard in order to be able to play.

“It’s manageable,” Williams said of the knee soreness that’s bothered him since the conference semifinals. “Kind of been getting in a routine the past couple games, what I have to go through to have myself ready to play.

“Yeah, I feel like the reduced minutes helps obviously because with the injury I had, you know, not being able to take the time off, being such an important part of the season, the minute reduction definitely helped.”