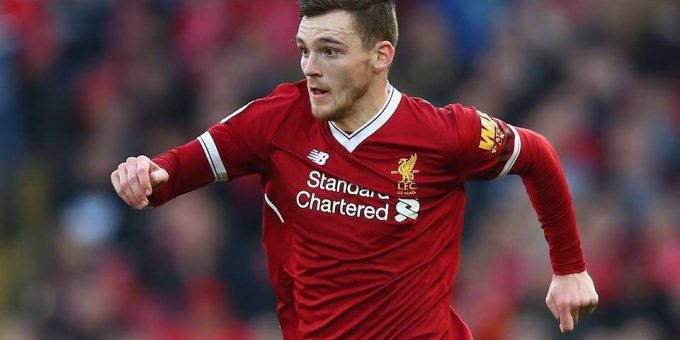 Liverpool (7/4 Premier League Outright) moved back within a point of Premier League leaders Manchester City (4/9) after sealing a 2-0 win over Everton at Anfield.

After Manchester City’s convincing 5-1 win over Watford on Saturday, the pressure was back on Liverpool when Merseyside rivals Everton made the short trip across Stanley Park on Sunday.

Liverpool were unable to breach a well-organised Everton defence in the first half but Andy Robertson’s (pictured) header finally broke the deadlock on 62 minutes.

Substitute Divock Origi, who has now netted six times in 12 appearances against the Toffees, added the second with five minutes to play.

It means the title race remains extremely tight with just five games left to play and only one point separating City and Liverpool.

Everton (10/11 Relegation), meanwhile, end the weekend in the relegation zone and two points from safety after Burnley (11/8) saw off Wolves 1-0, although Frank Lampard’s side do have a game in hand.

Matej Vydra bagged the only goal of the game in Burnley’s victory at Turf Moor. The win means Burnley have picked up seven points from three games since Sean Dyche was sacked.

Elsewhere, Chelsea tightened their grip on third place courtesy of a hard-fought 1-0 win at home to a much-changed West Ham.

David Moyes opted to rest the likes of Declan Rice and Michail Antonio ahead of Thursday’s Europa League semi-final at home to Eintracht Frankfurt.

The Hammers put in a spirited performance and appeared on track to claim a point until Craig Dawson was sent off in the closing stages after dragging down Romelu Lukaku in the box.

Jorginho missed the resulting penalty but his blushes were spared when Christian Pulisic stroked home in the final minute of regulation time.

Down on the south coast, James Ward-Prowse scored twice to help Southampton come from behind and seal a 2-2 draw at Brighton.