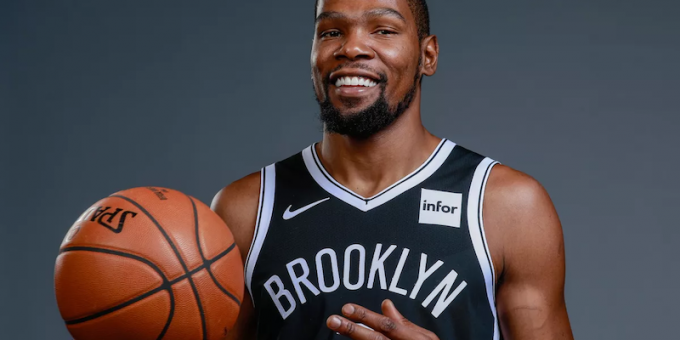 The Brooklyn Nets have moved one step closer to contending for an NBA after securing the seventh seed after beating the Cleveland Cavaliers in the play-in tournament game.

The win has put them into a first-round playoff matchup against the Boston Celtics. Nets guard Bruce Brown gave his first take on the matchup, voicing concern about stopping Jayson Tatum while airing the necessity for the team to pound the paint with Robert Williams hurt.

“We can’t let [Jayson] Tatum get 50,” Brown said. “We got to be physical with them. Now they don’t have Robert Williams, so they have less of a presence in the paint, and we could attack Al Horford and [Daniel] Theis. So them not having Robert Williams is huge.”

After Kevin Durant caught wind of the comments, he voiced his disgruntlement with Brown’s remarks.

“We respect our opponents,” Durant said via ESPN. “We don’t need to talk about what we’re going to do to them. I just don’t like that, but that’s how Bruce is. He comes in and keeps the same energy throughout the whole season so — but we don’t need to say s— like that. Let’s just go out there and hoop.”

Durant’s singular focus remains on getting the best of the Celtics in the first-round series. Although he isn’t happy with Brown’s words, he appreciates his teammate’s contributions on the court.

Durant and Kyrie Irving will need to play significant factors if the Nets hope to push past the Celtics. Meanwhile, Ben Simmons may make his debut with the team in the series.

All that sets up what should be an entertaining matchup.