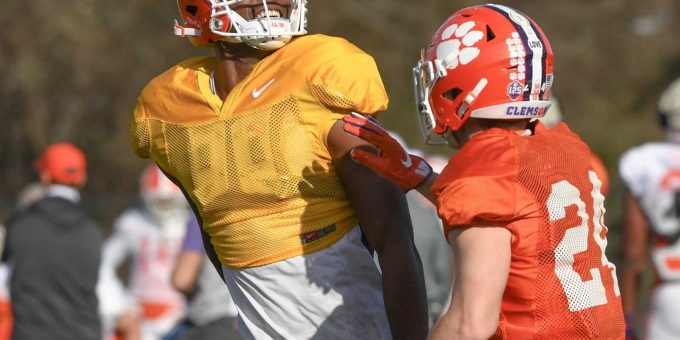 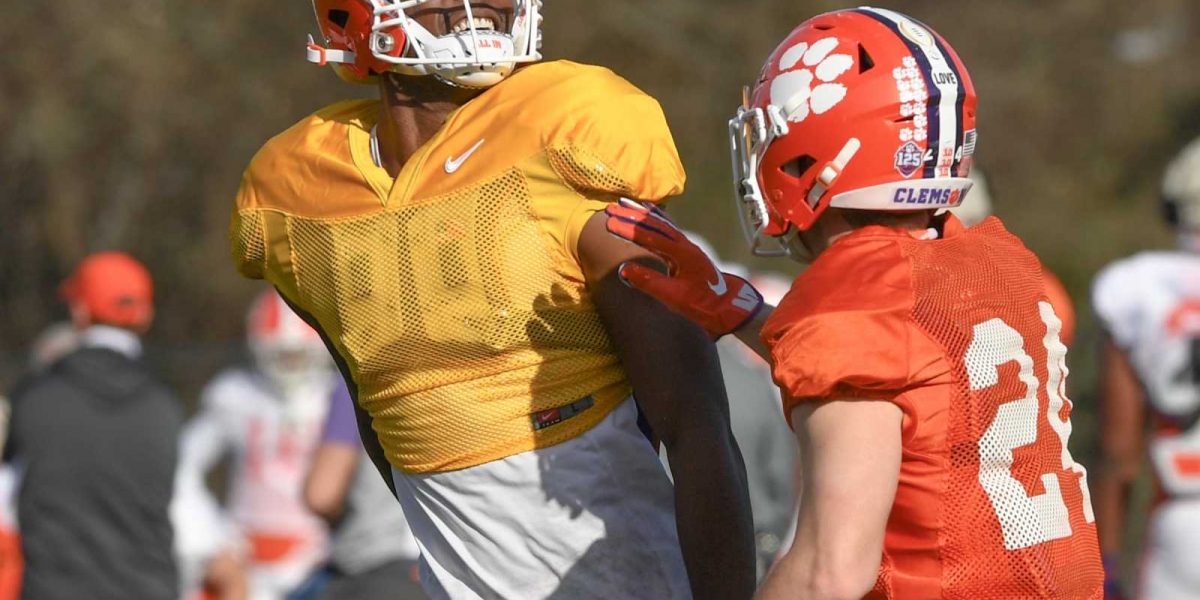 Justyn Ross competed on an NFL practice field over the weekend, something that looked unlikely during his injury-hit 2020.

Justyn Ross was projected a potential first round pick when he started playing wide receiver for Clemson.

The discovery of a spinal condition in 2020 had doctors advising Justyn Ross that his football career could be over. In 2021 his production slipped, although a foot injury hampered him somewhat.

“Just get my foot in the door and try to make plays,” Ross said of his goals for the weekend. “A lot of hard work, just putting in the time for real. Just trying to get back to the normal me.

“Of course, I’m ready to prove everybody wrong, but I’m trying to fill my spot and play my part on the team, just see what I can do,” Ross added.

General manager Brett Veach says Ross will have a genuine shot of playing next year. It’s an opportune time for a new receiver in Kansas given their upheaval in the position.

“He’s kind of feeling himself out a little bit here, having been hurt the past couple years,” Chiefs coach Andy Reid said. “He was knocking the rust off here, [but] you can see the skill.”

“I’ve always said our [doctors] are on the more conservative side,” Veach said. “Our docs did a good job exhausting all the information. For me, it’s a little bit easier on how I operate. I know how good our medical staff is. … If they tell me yes, I feel good. If they tell me no, I don’t try to become a doctor all of a sudden and try to say, ‘Well, this team said this.’ No. Once our doctors say good, we’re good.

“Talentwise, as long as he stays healthy, he’ll have a shot,” Veach said. “It will come down to him and how he handles the playbook and being moved around [to different positions] and staying healthy and being diligent in regard to looking ahead to preventative things he can do for his body.”