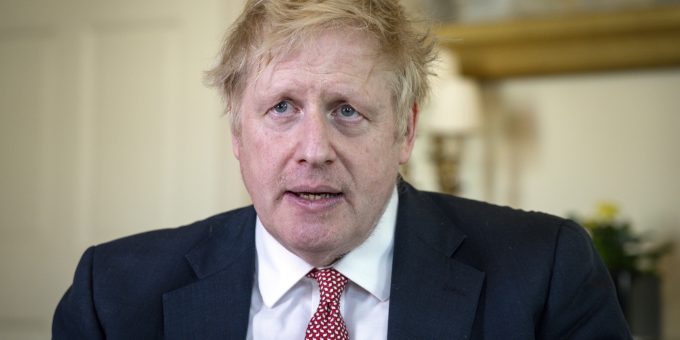 It’s decision time at last for Tory MPs who will today vote on whether to stick with beleaguered Prime Minister Boris Johnson.

The 1922 Committee chairman Sir Graham Brady reported earlier than expected that 15% of Conservative MPs no longer have confidence in their leader.

Brady also reported that some have insisted their feelings were not made public until after the Queen’s Platinum Jubilee celebrations.

Under party rules, and agreed by the PM who was informed the threshold had been reached yesterday, all 359 MPs will vote between 6-8pm tonight on whether he is to remain in Downing Street.

The odds suggest Johnson will get the message to carry on, with Betfred going 1/5 that he wins the necessary 51% of the MPs vote to remain in power – while it’s 7/2 that he loses the vote.

One factor very much in Johnson’s favour is the lack of a natural successor, with former health secretary Jeremy Hunt favourite to succeed him at 9/2.

Behind Hunt in the betting is a trio of prominent Tory figures – Foreign Secretary Liz Truss, Trade Minister Penny Mourdant and Tom Tugendhat – all available at 7/1.

One politician completely out of favour is Chancellor Rishi Sunak (9/1 to be the Next Conservative Leader). He was once the outright favourite to succeed Johnson, but his response to the cost of living crisis and the saga surrouonding the tax status of his wife has seen his popularity dwindle in recent months.

Betfred spokesman Peter Spencer said: “After we were taken to the cleaners with Jeremy Corbyn winning Labour leadership in 2015 and Donald Trump’s triumph across the pond a year later – to name but two political shocks – there’s been a huge upsurge in political punting.

“We have had some significant bets, particularly in the Greater London area, on Johnson surviving, while Tugendhat is also moving up the rails.”