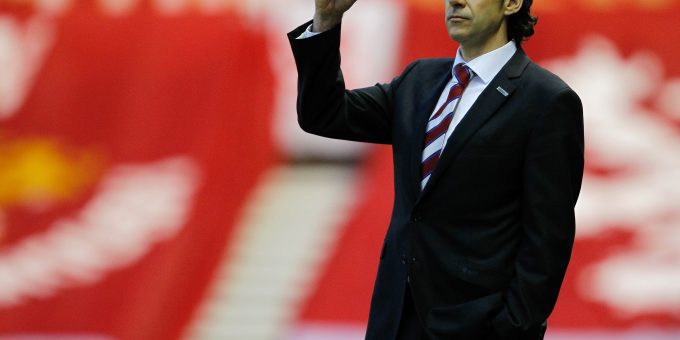 The Nazaries go into the match two points and one place clear of the relegation zone and, with three games to go, know a victory over top six-chasing Athletic Club would do their chances of staying up the world of good.

Granada hadn’t won for five games before they smashed six past Mallorca at the weekend, winning 6-2, while Bilbao are unbeaten in three, drawing 0-0 with Valencia in their most recent game.

Former Middlesbrough, Nottingham Forest and Birmingham City boss Aitor Karanka is in charge of Granada and he’s warned his players that Saturday’s big victory counts for nothing unless they follow up now.

Karanka knows the relegation scrap remains far from over, as he told the club’s website: “We would be confused if, after winning in Mallorca, we think that everything is already done.”

Bilbao are eighth in the table ahead of the midweek fixtures, four points behind sixth-placed Real Sociedad. A top-six finish remains their target this season as they aim to earn themselves a spot in the Europa Conference League next term.

Elsewhere in Spain, Valencia host Real Betis at 18:00 (Match Result – Valencia 11/5, draw 12/5, Betis 5/4) and a victory for the fifth-placed visitors would put them on the verge of claiming a Europa League place.

However, Betis have not won any of their last four La Liga games and take on a Valencia side who are without a win themselves in their last seven in all competitions, a run that includes a painful Copa del Rey final defeat to Tuesday’s opponents on penalties last month.

Barcelona are also in action on Tuesday when they host Celta Vigo at 20:30.

Xavi’s men guaranteed they will be playing Champions League football next term with a 2-1 win over Real Betis on Saturday but they will be after a strong finish to the campaign to ensure they end it in second, with them currently four points ahead of third-placed Sevilla.

Celta, meanwhile, are 11th and have no chance of making the top six, although they did beat Alaves 4-0 at home at the weekend.