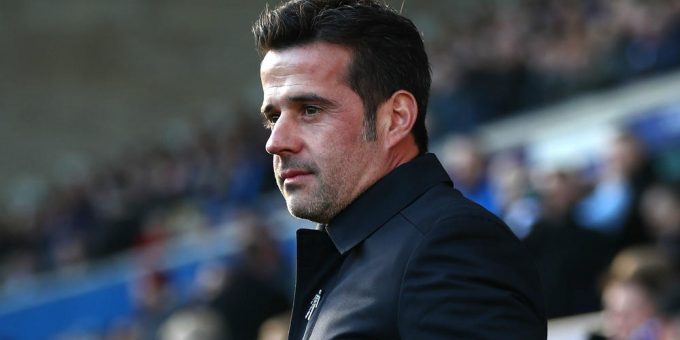 It’s a busy Good Friday in the Championship with all 24 teams in action, including leaders Fulham who can seal promotion when they travel to relegation-threatened Derby this evening (Derby 5/1, draw 3/1, Fulham 8/13 – Match Betting).

It could be confirmation day for the Cottagers, who have a 10-point lead over second-placed Bournemouth and hold a 14-point gap over third-placed Huddersfield Town.

So big is their advantage that a return to the top flight is inevitable and it could be sealed as early as this evening with victory over the Rams if fourth-placed Nottingham Forest lose at Luton Town in the 12:30 kick-off (Luton 2/1, draw 9/4, Forest 6/4 – Match Betting).

Forest have two games in hand over Huddersfield so can mathematically still catch the Cottagers but if they slip up, Marco Silva’s men will be back amongst the elite with three points against the Rams.

A defeat for Wayne Rooney’s side would be another nail in their relegation coffin but Silva says his side are not over-thinking what a win could mean for his team at Pride Park.

He said on the club’s website: “We are really calm about the situation. From the first day, [promotion] was our aim and we are fighting for it. We know nothing is guaranteed yet.

“We go into the match thinking only about getting three points, and at the end we will see what will happen in the table, and the consequence that will come from the match. That’s the way we’ve been preparing so far, and nothing’s changed. We have six games to play, and the next one is the most important one for us.”

Meanwhile, Bournemouth’s automatic promotion bid has faltered slightly in recent weeks after a defeat at West Brom was followed up by a 0-0 draw at Sheffield United last time out. Scott Parker’s side are still very well placed to take second place, though, as they are four points clear of Huddersfield with two games still in hand. The Cherries entertain Middlesbrough at 15:00 (Bournemouth 19/20, draw 5/2, Middlesbrough 16/5 – Match Betting) with the visitors still in the mix for a play-off place as they’re eighth, three points adrift of sixth.

Blackburn, in seventh, are also in need of points to keep their play-off hopes alive when they go to bottom-of-the-table Peterborough at 15:00 (Peterborough 9/2, draw 3/1, Blackburn 4/6 – Match Betting), while the same can be said for sixth-placed Sheffield United who host Reading, also at 15:00, and Millwall, who are ninth, who go to Preston at the same time.

At the bottom, Barnsley’s Championship status remains in real peril as the Tykes are eight points adrift of safety but they at least have a game in hand on the Royals directly above them. Barnsley go to Swansea at 15:00 and surely must pick up all three points (9/2) if they are to somehow pull off a great escape.