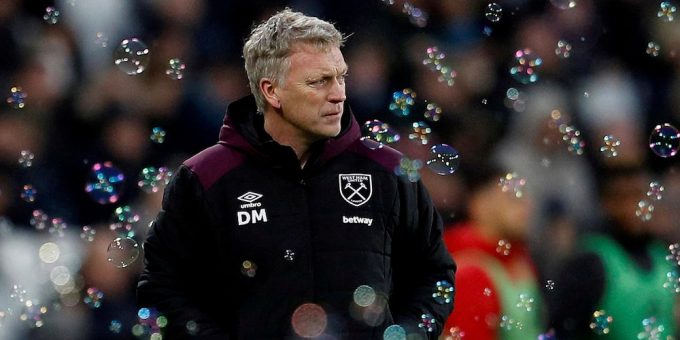 They are aiming to book their spot in a European final for the first time since 1976 and Rice believes they have the tools to overcome Frankfurt.

“Our mood is fantastic and it has been all season,” confirmed Rice. “Our mood hasn’t dropped, we’ve been really positive and really confident. We’re obviously one goal down in the tie but, for us, we’re positive.”

The Hammers have shown already overcome adversity in the Europa League this term, beating Sevilla 2-0 after losing the first leg 1-0, while they also ran out 3-0 winners in Lyon after drawing the first leg of their quarter-final tie.

Rice believes West Ham can draw on those experiences when they head to Germany for the 20:00 kick off.

He added: “We lost the first game to Sevilla and the first game against Lyon was only a draw, so I feel like you’ll see the best of us in the second game, one hundred per cent.

“I don’t know [why we have played well in the second legs], but I always feel like in the first games you’re always looking at the opposition and sizing them up.”

Thursday’s other semi-final takes place at Ibrox when Rangers also attempt to fight their way back into the tie after losing 1-0 at RB Leipzig last week (Match Betting – Rangers 23/10, Draw 5/2, RB Leipzig EVS).

Gers boss Giovanni van Bronckhorst feels home advantage and the full backing of their fans could be key for his side.

Van Bronckhorst said: “The fans will always be important for us at home, they are a big factor. It will be a noisy night.

“We will be ready when the whistle goes.”