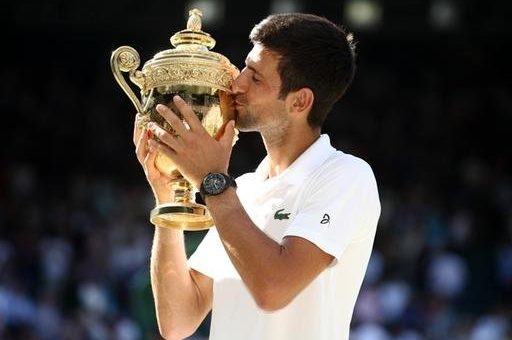 World number one Novak Djokovic (11/10 fav Wimbledon Outright) has been given the all-clear to defend his Wimbledon title after he was forced to miss out on the 2022 Australian Open.

The Serbian was not allowed to participate in Melbourne in January after it was confirmed he was not vaccinated against Covid-19.

A saga Down Under began as Djokovic had landed in the country ahead of the first Grand Slam of the year, before eventually being deported.

There will be no such problems for the 34-year-old at Wimbledon though, after organisers confirmed players who are not vaccinated against Covid-19 will still be allowed to compete at the All England Club.

All England Lawn Tennis Club chief executive Sally Bolton said: “The requirement set out by the government to enter the UK does not include mandatory vaccination.

“Therefore, while it is of course encouraged, it is not a condition of entry.”

One British star who will also be at the tournament is world number 11 Emma Raducanu (10/1 Wimbledon Outright), who confirmed on Tuesday that she has split with coach Torben Beltz.

Beltz, who had worked with former world number one Angelique Kerber when the German managed to win the Australian Open and US Open titles back in 2016, had only been with Raducanu for five months.

The reigning US Open champion said she wants a “new training model” and will be working with LTA’s head of women’s coaching Iain Bates at the Madrid Open this week.

In other British tennis news, GB have learned who they will face in the group stage of this year’s Davis Cup.

Great Britain will go toe-to-toe with the United States, Kazakhstan and the Netherlands, with all three round-robin ties to be played in Glasgow in September.