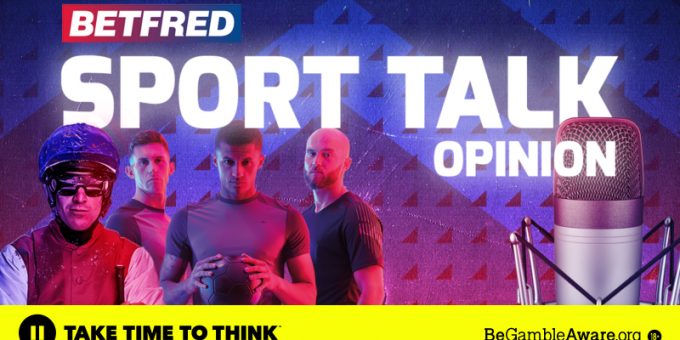 Betfred’s Alan Firkins discusses the great race, some of its history, and who he thinks will prevail this afternoon on the Downs Lots of our top sport was established and mapped out during the reign of another long-serving monarch of these isles, Queen Victoria – notably of course Association Football. Racing however comfortably predates the Victorian era, and we’re about to enjoy the wonderful spectacle this afternoon of a race first run in 1780.

Our present sovereign will sadly not be present as I understand it, which given Her Majesty’s great love of horses is most unfortunate. The Platinum Jubilee celebrations will certainly in spirit at least embrace Epsom today, for The Queen has missed precious few Derby Days throughout her reign.

A gentleman of the turf ennobled by Her Majesty, Sir Michael Stoute, first struck in this great race some 41 years ago. Quite some year that, 1981. Not only was Shergar galloping to a startling ten-length success at Epsom, but earlier in the year Bob Champion had won the National on Aldaniti (a tale so heartwarming they made a charming film about it – Champions).

Ian Terence Botham was about to turn an Ashes series on its head, and Liverpool this time did beat Real Madrid in a Champions League (European Cup) final. Meanwhile I was at Wembley, twice, to see Spurs’ Ricky Villa score one of the competition’s greatest goals to beat Manchester City, in a Cup Final replay.

Shergar was a push-button galloping machine, ridden by a fresh-faced 19-yr-old ‘choirboy,’ the late Walter Swinburn. What a story. Stoutey has had four more Epsom heroes since, and this afternoon saddles warm favourite Desert Crown to notch yet another.

This imposing son of Nathaniel arrives fresh from victory in York’s Dante Stakes, acknowledged as one of if not THE strongest and most informative trials for the Blue Riband. He’s only had the two runs in his life, and in a fairly large planned Derby field of 17 this relative inexperience could be crucial.

We know he’s good – but he might have to be very, very good. And have that little bit of luck in running so crucial in racing, but especially around here.

Aidan O’Brien saddles three – all sons of the late, hugely-lauded Epsom scorer Galileo. A win for any of the trio, given connections, would be no surprise whatsoever. Ryan Moore, yesterday’s Oaks-winning pilot for the same trainer on gallant filly Tuesday, rides Stone Age. That was Aidan’s 41st British Classic success incidentally yesterday – phenomenal.

Two wide-margin victories from the front sets this fella up nicely, and I wonder if he’ll try and do a Slip Anchor, and wire this field from the start? It would be some achievement if he did.

Funnily enough another of Aidan’s, Changingoftheguard, could front-run too – as he did when easily landing the Chester Vase in the soft last month. He could be anything – that’s the thing with many of these three-yr-olds. Huge improvement can take place as the horses mature, gain experience, toughen up. One horse/trainer/jockey combo I want to keep on the right side of is Walk Of Stars. This Godolphin-owned son of Dubawi is trained by Charlie Appleby and ridden by James Doyle (above). If there’s anyone riding better than the Doyler at present please give him (or her) my very best regards. A couple of bob each-way beckons.

‘Walk’ needs to find plenty more than he’s shown so far, but is in the right hands to potentially do just that. The trainer fields a very strong team by saddling Nations Pride and Nahanni, too, and a third Derby win for the master of Moulton Paddocks is, for me, a distinct possibility.

Nations Pride interests me greatly. He’s by Teofilo, an unbeaten seven-furlong specialist champion 2-yr-old whose career ended prematurely through injury. There’s some Oasis Dream blood on the dam’s side, and that fine horse was a top-grade sprinter.

Having seen the racecourse on five previous occasions he’s also got some vital experience, as well as a decidedly upwardly-mobile profile.

Surprising on breeding then to me at least that Nations Pride looks and shapes like a thorough galloper and stayer, evidenced in April by an emphatic, power-packed success in a Listed contest at HQ (below). He needs to improve – and I think he’s going to do just that.

In this landmark celebration of 70 years of her reign, could there by a more fitting success, with a colt more aptly named? We warmly salute Her Majesty The Queen, and look forward also to another fabulous episode of a saga on the turf that’s been gripping us since 1780.

Good luck, enjoy the spectacle, and all the events of this very special weekend. Nations Pride indeed.

🗣️”He worked on Wednesday with a reliable and very able lead horse and he looked very good.”

Nations Pride will be among @godolphin’s Cazoo Derby team! 👇