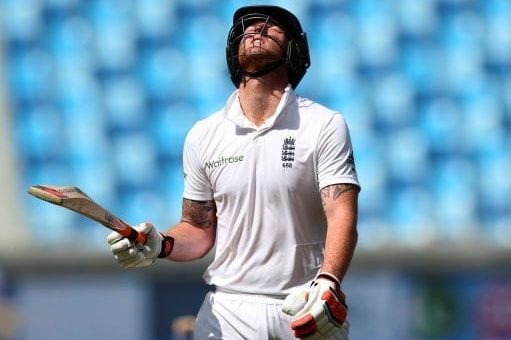 No less than 17 wickets fell on day one of the first Test at Lord’s as England dismissed New Zealand for 132 before the Black Caps fought back to reduce the hosts to 116-7 at the close of play, still trailing by 16 runs.

England, led by new captain Ben Stokes for the first time, had the pace duo of James Anderson and Stuart Broad back in their side, and they made an immediate impact to the delight of the Lord’s crowd.

Lancashire maestro Anderson – who is third in the all-time Test wicket standings – dismissed Will Young (1) and Tom Latham (1) before Broad got rid of Devon Conway for just three to leave the tourists on 7-3.

Unfortunately for spinner Jack Leach, he showed signs of concussion after attempting to stop a boundary and becoming England’s first concussion substitute, with Matt Parkinson called up to the side for the remainder of the Test.

It was the pace bowlers that were doing the damage, and debutant Matthew Potts announced himself on the big stage by taking the scalps of Kane Williamson (2), Daryl Mitchell (13), and Tom Blundell (14) before Anderson removed Kyle Jamieson (6) and Tim Southee (26) to reduce the tourists to 86-8.

Ajaz Patel then fell LBW to Potts, who finished with figures 4-13 but was forced to leave the field after suffering a bout of cramp two balls into his 10th over before Stokes took the last wicket of Trent Boult (14), leaving Colin de Grandhomme stranded on 42 not out.

Having bowled New Zealand out for just 132, England would have been hoping for a solid response, and they appeared to have that when Alex Lees and Zak Crawley reached 59 for no loss.

Unfortunately for the hosts, the batting issues that have plagued them crept back in, and Crawley was the first to fall when edging one behind to Blundell off the bowling of Jamieson for 43.

Ollie Pope (7) then became Jamieson’s next victim when nicking one to the keeper before de Grandhomme claimed the prize scalp of former skipper Joe Root for just 11, who is now a century short of becoming the 14th player to reach 10,000 Test runs.

Ben Foakes (6*) and Broad (4*) did manage to see out a tricky end to the day to help England reach the close 116-7, still trailing New Zealand’s first innings score by 16 runs.

Speaking on his debut Test performance, Potts told Sky Sports: “It was nice to get some wickets early on to settle the nerves. It was a great achievement, and I am really over the moon with it.

“There was a tear in the eye this morning, and I am sure there was for my mam and dad as well. It was nice to get it out of the way and get the nerves out of the body really early.”