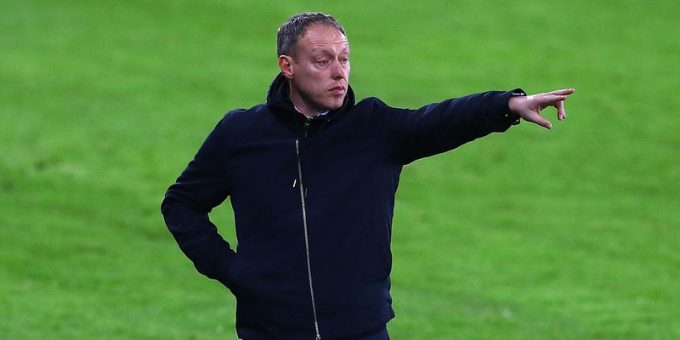 Nottingham Forest boss Steve Cooper says his club are “looking forward to a positive future” after winning promotion from the Championship.

Forest will play in the Premier League for the first time in 23 years after beating Huddersfield Town 1-0 in Sunday’s playoff final at Wembley.

A 43rd-minute Levi Colwill own goal made the difference in Forest’s first trip to Wembley since 1992, the result ending a wait for top-flight football that began with relegation in 1999.

Huddersfield dominated for long swathes of the game but failed to record a shot on target and will be left to reflect on what might have been.

In contrast, the Wembley win was a fairy-tale finish to a campaign that saw Forest take just one point from their first seven games under Chris Hughton.

Cooper came in and transformed the side, guiding them to fourth in the final standings and after a penalty-shootout win over Sheffield United, they edged out the Terriers in the capital.

Betfred have them 8/11 to go straight down and Evens to stay up and the 42-year-old Cooper will have to get to work on a squad that features several loan players. James Garner, Philip Zinckernagel, Djed Spence and Keinan Davis, all of whom started on Sunday, are currently on temporary deals at the City Ground.

Cooper says the success is deserved by everyone at the club and is confident they will be ready to make their mark in the Premier League.

“I’m really pleased for the players and the supporters,” he told Sky Sports. “Everybody connected with the football club deserves this today and we’re now really looking forward to a positive future.

“It’s relief and pride – this isn’t about me but it’s changed my life, potentially anyway.

“We’ve brought Nottingham to Wembley today, we’ve taken over the place and here we are in the Premier League.”