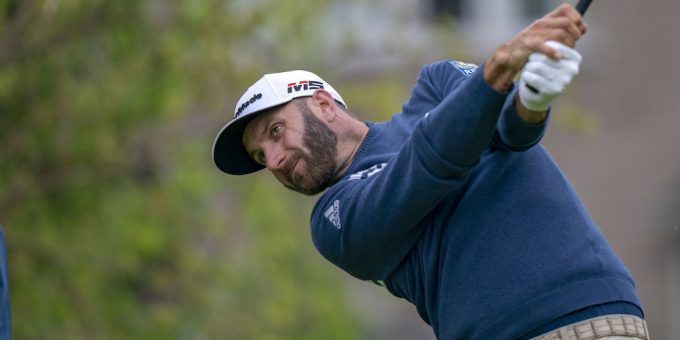 The breakaway competition has been criticised by many as it’s being funded by Saudi Arabia’s Public Investment Fund with this week’s tournament the first of a $250m eight-event Series.

Despite the likes of Rory McIlroy – who is instead defending his Canadian Open title this week – not in attendance, the Greg Norman-fronted new venture has attracted plenty of top names, including two-time major winner Johnson.

He has admitted in the build-up to the first event in Hertfordshire that he opted to play in the hugely-lucrative series because he wanted to do “what’s best for his family” and he also confirmed he had resigned his membership of the PGA Tour in order to take part.

Others who have decided to take the large sums of money on offer to play include Na (12/1), Oosthuizen (11/1), Lee Westwood (28/1), Ian Poulter (22/1) and Graeme McDowell (45/1), while Bryson DeChambeau confirmed through his agent he will also be joining up despite earlier ruling out playing in the new series.

Norman says he has secured an extra £1.6bn of funding from Saudi Arabia’s Public Investment Fund to eventually turn the series in to a 14-event league by 2024 and he’s very hopeful more of the world’s top players will soon be on board.

One player seemingly reluctant to get involved at the moment though is world number eight McIlroy, as the Northern Irishman has recently said those players in attendance near London this week had only decided to take part due to the “boatloads of cash” on offer.

He said: “We all know why everyone’s playing in London this week. It’s boatloads of cash and it’s money up front. I get it and for some guys that’s really enticing.”