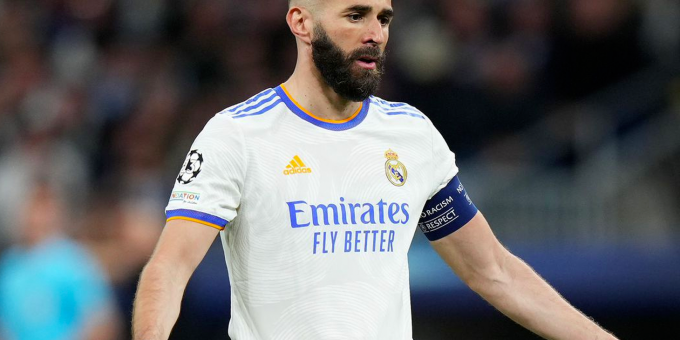 The biggest and best club football competition in the world has delivered yet again with an all time classic Champions League Semi Final between Manchester City and Real Madrid.

For all money, City were home, they lead 1-0 on the night and 5-3 on aggregate heading into the 90th minute of play in the Bernabeu.

Up stepped Rodrygo with a quickfire brace to send the tie to extra time before Karim Benzema completed the comeback with a penalty to send Real Madrid to Paris later this month.

Comeback kings 👑 Real Madrid progress to the 2022 Final 6-5 on aggregate.

It’s the latest in a long line of memorable knockout ties from this millennium alone as the biggest clubs in Europe face off to be called champions.

Played out over 90 minutes in an empty Estadio da Luz in Lisbon because of the pandemic, the bizarre circumstances of this fixture shouldn’t detract from a properly bonkers match.

The Cinderella run of Atalanta was brought to a crunching halt in about 180 seconds, with the Italian side thinking they were home 1-0 approaching the 90th minute.

With no sense of occasion or appreciation for the story, PSG scored through Marquinhos and Choupo-Moting to advance to the semis in dramatic fashion.

PSG are through to their first #UCL semi-final in 25 years.#OptusSport pic.twitter.com/ul8lvuRZqi

Despite the other distractions going on outside of Anfield in March 2020, Atletico knocked out then European champions Liverpool in exciting fashion.

Holding a 1-0 lead from the first leg, Gini Wijnaldum’s 43rd minute goal levelled the tie and resulted in extra time.

Roberto Firmino sent the home crowd into raptures in the opening bonus period before Fernando Llorente and Alvaro Morata scored to send the Spanish side to the quarters.

Two years ago today, Atlético eliminated Liverpool from the Champions League at Anfield.

And Marcos Llorente gave us this iconic slide 🤣 pic.twitter.com/I7sRHvOVe8

2019 – Pretty Much the Entire Knockout Phase

The 2019 knockout phase may go down as the best edition of the Champions League in history with classic games coming thick and fast (although it did conclude with one of the most dour finals on record).

Let’s start with the Round of 16 and the heavyweight battle between Atletico Madrid and Cristiano Ronaldo.

It was a vintage performance from the Portuguese marksman with a second leg hat-trick including an 86th minute penalty to eliminate Atletico.

2019: Cristiano Ronaldo scores three to turn a 0-2 deficit against Atletico Madrid into a 3-2 win ⚽️⚽️⚽️

PSG lead their Round of 16 tie 2-0 heading back to Paris and were advancing 3-2 on aggregate… until the 94th minute of the second leg.

2019: Manchester United go to PSG and complete a comeback from 0-2 down with a 94th-minute penalty 🤯

And surely plucky Ajax couldn’t turn around a 2-1 deficit at the Bernabeu against Real Madrid after the Spanish heavyweights won in Amsterdam.

Then came the quarter finals where Ronaldo’s magic wasn’t enough to save Juventus on their trip to Amsterdam.

De Ligt was so impressive over two legs, Juventus decided they had to sign him in the next available window.

Spurs took the first leg of their quarter final 1-0 and their plans to defend the lead were blown out of the water after 4 minutes.

City thought they had pinched it with a goal to Sterling in stoppage time but VAR intervened and City’s hearts were broken, not that it mattered to Spurs fans who were too busy celebrating.

Both Champions League Semi Final ties were fantastic advertisements for the competition, starting with Barcelona taking on Liverpool.

The only reason Liverpool were given a chance to overcome a 3-0 deficit at Anfield in the second leg is because this season had proved that anything was possible.

Say the words “corner taken quickly…” to any Liverpool fan and they can’t help but smile at the memory of their fourth goal.

In the other semi final, the real battle was between the two clubs looking to claim underdog status in the eyes of the neutral.

Ajax thought they were home, up 3-0 on aggregate with 40 minutes remaining, enter Lucas Moura.

On this day in 2019, Tottenham were down 3-0 to Ajax on agg. at half-time of the UCL semifinal second leg.

One of the greatest Champions League comebacks ✨

Ronaldo’s final Champions League run with Juventus was kept alive by a late, controversial penalty to eliminate Juventus, right as it looked like Real were going to blow a 3-0 lead from the first leg.

It also featured this bicycle kick from Ronaldo in the first leg.

Who would have thought Eden Dzeko’s garbage time goal in the first leg would have been so valuable.

Barcelona were up 4-1 after the Camp Nou and the second leg was probably an afterthought for many viewers, at least until Danielle De Rossi made it 4-3 on aggregate with half an hour to go.

On this day in 2018, Roma pulled off one of the greatest Champions League comebacks ever, beating Barcelona 3-0 in the second leg after losing the first 4-1 😲

Humiliated 4-0 in Paris in the first leg, Barca were just playing for pride at home and to make the final score a bit more respectable… right?

4-0 down after the first leg back in 2017, Barcelona needed a miracle in the Champions League against PSG.

A wild 5-3 first leg won by City was followed up where Kylian Mbappe introduced himself to the world.

🇫🇷 Kylian Mbappé made his first Champions League start against Manchester City in February 2017, and scored his first goal in the competition…@KMbappe | @AS_Monaco_EN | #UCL pic.twitter.com/wVTtCIYIQY

City couldn’t hold on in the second leg, going down 3-1 and losing 6-6 on away goals.

Just when you thought Bayern were out they pulled us back in.

A 2-2 first leg in Turin set the stage for the second leg where Lewandowski and Muller levelled the tie in the final 20 minutes of normal time to send it to extra time where Thiago and Kingsley Coman sent Bayern through.

Malaga were not Champions League regulars and might feel a bit hard done by with this exit against Borussia Dortmund.

Chelsea’s 2012 Champions League triumph was built around being the comeback kings and producing late drama.

But no moment was better for Blues fans than going into the Nou Camp and Fernando Torres sealing the tie with this cool run.

Holding onto a 3-1 lead heading into the second leg, this was a masterclass from Mourinho in the dark arts of football.

Probably not the prettiest game but a classic nonetheless, just like The Special One’s celebration.

#OnThisDay in 2010, José Mourinho’s Inter Milan dispatched Barcelona before going on to win the Champions League.

No occasion was too big for the Special One 🤫 pic.twitter.com/epSQIm2l3V

3-0 up in the second half, there’s no way AC Milan could blow this one right?

Liverpool came back from 3-0 down at half-time to beat an incredible AC Milan team on penalties in the Champions League Final in Istanbul.