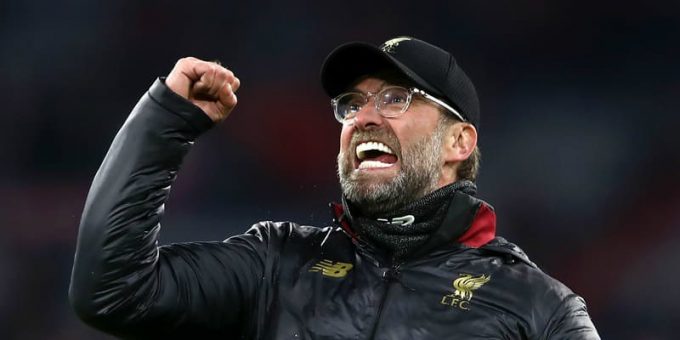 The Reds travelled to Paris on Friday as they prepare for Saturday’s 20:00 showpiece at the Stade de France, seeking a second Champions League crown in three seasons.

There had been plenty of speculation over the availability of midfield pair Thiago and Fabinho but the boss revealed they have both been in training and are in contention.

Klopp said: “It looks good for both Thiago and Fabinho. Fabinho has trained normal, Thiago trained with the team yesterday and will train today and then we’ll go from there.”

One major talking point ahead of the showdown with 13-time European champions Real Madrid was the pitch at the Stade de France, having been re-laid earlier this week.

“Usually when the pitch looks new, it’s good news,” Klopp added. “This is new since yesterday. Not the best news but we will do a normal session as planned.

“Somebody thought it would be a good idea to bring a new pitch the day before the game.

“It’s an interesting idea but didn’t kill my mood. Both teams have the same circumstances so I’m fine with it.”

Saturday’s match is a repeat of the 2018 final when Real ran out 3-1 winners in Kiev but the Reds had to play for an hour without talisman Mohamed Salah (21/20 To score anytime).

Salah (4/1 UEFA Man of the Match) went off injured following a dubious challenge from Sergio Ramos and the Egyptian has spoken in the build-up to this clash about his desire to earn some revenge.

Klopp admitted it’s normal to be motivated by incidents of that magnitude but insists there are many other factors spurring his side on.

“It’s normal that Mo wants to put things right,” The German said. “We didn’t forget what happened that time but it’s a while ago and we have so many reasons that we should give our absolute everything tomorrow night. That might be one reason but it’s not the only one.”

Academy graduate Trent Alexander-Arnold also faced the media on Friday as he looks to win the competition for a second time this weekend.

The right-back is likely to be lining up against Los Blancos winger Vinicius Jr but feels he can keep the Brazilian star quiet.

Alexander-Arnold said: “There will be battles all over the pitch but we’ve got a gameplan how to deal with their threats.

“Vini is outstanding. He’s shown that this year but we understand our job.”