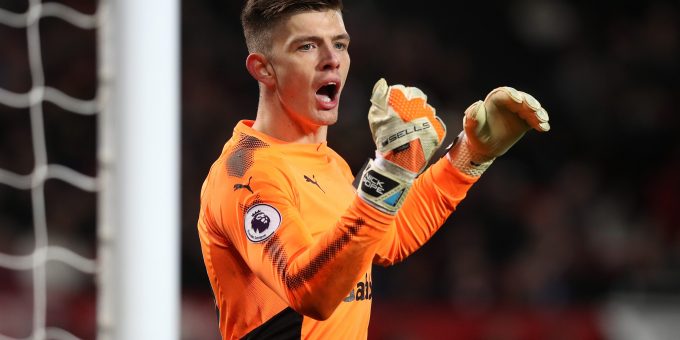 Burnley’s (4/11 – Relegation) first match following the sacking of Sean Dyche ended all square as they drew 1-1 at West Ham on Sunday to gain a vital point in their quest for survival.

After nearly 10 years in charge, Dyche was surprisingly relieved of his duties on Friday with Under-23 boss Mike Jackson taking temporary charge.

The Clarets’ first task was a trip to the Hammers, who will have been on cloud nine following their progression into the semi-finals of the Europa League.

The first half at the London Stadium was one of mixed emotions for the Lancashire visitors, as midfielder Ashley Westwood looked to have suffered a serious leg injury under an innocuous challenge from Nikola Vlasic.

Both sets of players were visibly shell-shocked and the game had to be halted for eight minutes.

Three minutes after the restart, Burnley took the lead through Wout Weghorst as he headed in the rebound following a crossbar-struck effort by Jay Rodriguez.

Burnley could have doubled their advantage from the spot but Maxwel Cornet’s effort went wide and they were punished as Tomas Soucek finished from close range to level the scores in the second period.

The Clarets could have left empty-handed but Nick Pope pulled off some outstanding saves, particularly one in added-time from Issa Diop’s header.

Speaking afterwards, the Burnley shot-stopper said it was a good result despite losing the lead.

“It is a good point,” said Pope. “It’s never an easy place to come. The place was bouncing after their result in midweek. They are a top team so to come here and get a point, we have to be happy.”

The draw means Burnley are three points adrift of 17th place Everton, while the Hammers’ top-four hopes took a blow as they stay seventh.

In Sunday’s other game, Newcastle now look certain to be staying up as a brave from Bruno Guimaraes – the second of which was scored deep into added-time – saw them come from behind to beat Leicester.

Ademola Lookman gave Leicester the lead before Guimaraes showed why he was bought for £25million in January with the equaliser before half-time.

The second half was a quiet affair but St James’ Park erupted when a deflected cross from Joe Willock found Guimaraes, who steamed in to head home and give Newcastle the winner.

Eddie Howe’s men are up to 14th on 37 points while Leicester stay ninth with 40 points.