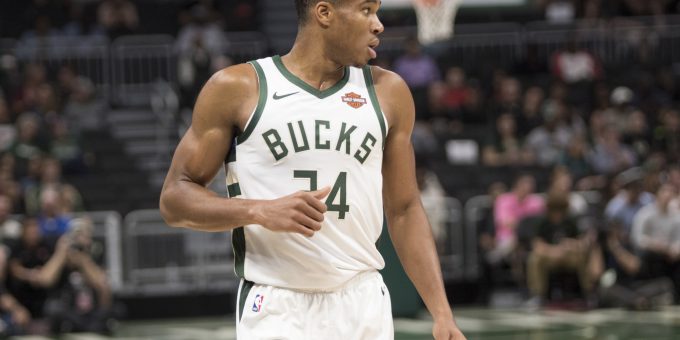 The NBA play-offs remain finely balanced after the Milwaukee Bucks (4/1 NBA Championship outright winner) beat the Boston Celtics (10/1) to edge 3-2 ahead in their Eastern Conference semi-final play-off, while Memphis Grizzlies (40/1) won game five against Golden State Warriors (2/1) to now trail 3-2 in the West.

The Bucks dramatically overcame Boston 110-107 late on Wednesday night thanks largely to Giannis Antetokounmpo’s heroics as he finished with 40 points and 11 rebounds, while guard Jrue Holiday added 24 points.

In Memphis, the Grizzlies secured a 134-95 success to reduce The Dubs’ lead in their best-of-seven series to one. Desmond Bane, Jaren Jackson Jr. and Tyus Jones all contributed 21 points to record the franchise’s highest points total in their post-season history.

The Grizzlies’ big victory was all the more impressive as star point guard Ja Morant was absent once again and it’s feared he will miss the remainder of the post-season due to his troublesome knee injury.

The play-off action continues overnight and into the early hours of Friday morning (UK time) with Philadelphia 76ers, who trail 3-2 in the series, hosting Miami Heat at 00:00 (76ers 8/11, Heat 11/10 – Money Line) in the other Eastern Conference semi.

Then at 02:30, Dallas Mavericks take on Phoenix Suns in Game 6 of the other Western Conference semi with the Suns holding a 3-2 series advantage. The Mavericks are 11/10 in the Money Line, Phoenix are 8/11.

Meanwhile, Denver Nuggets centre Nikola Jokic was named the NBA’s Most Valuable Player for the second year running after another outstanding season.

The Serbian beat Joel Embiid of the 76ers and Bucks’ Antetokounmpo to the prestigious MVP award with Nuggets’ head coach Michael Malone leading the praise for his star man.

“I’ve said it many times before, I’m extremely grateful to coach Nikola Jokic and just as grateful for the bond that we’ve built off the court in our seven years together.”