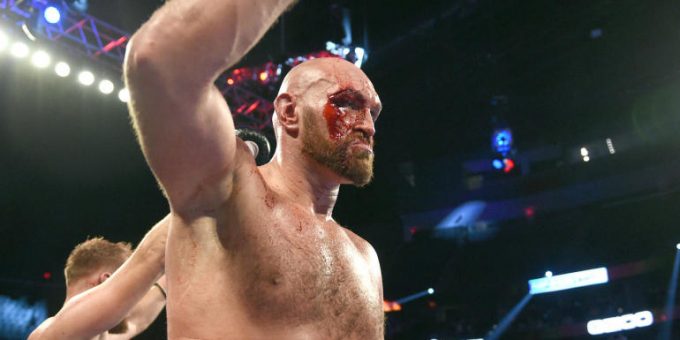 Promoter Frank Warren says it doesn’t get any bigger than Tyson Fury’s first fight on British soil since 2008, as he prepares to take on Dillian Whyte on Saturday night (Fury 2/9, Draw 33/1, Dillian Whyte 7/2 – Bout Winner).

A European fight record of 94,000 fans are set to descend on Wembley Stadium this weekend as the British heavyweight rivals go head-to-head in what is expected to be a blockbuster main event.

After defeating American Deontay Wilder with an 11th-round knockout victory to retain his WBC heavyweight title in Las Vegas last October, Fury (5/2 To Win on Points) is set to return to action on British soil.

Warren is relishing the prospect and feels the occasion of the showdown with Whyte in London speaks for itself.

“This is Tyson’s homecoming,” Warren said. “He’s been away for nearly four years now, his impact here is brilliant and the fans clearly appreciate what he’s done out on his travels and he’s come back and sold this venue very quickly, that tells you the place he’s got in the fans’ hearts in the UK.

“It’s the biggest show I’ve ever been involved with, because it’s the biggest selling boxing event ever in Europe and it’s the highest grossing fight and event to take at Wembley so that’s where we are, it doesn’t get any bigger than that.”

Whyte finds himself in the position to fight for the title after his rematch victory over Alexander Povetkin back in March last year.