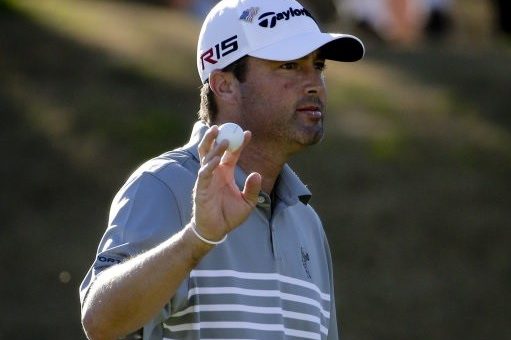 American Ryan Palmer (13/2 tournament outright) shot the lowest round of the day to share the lead with England’s David Skinns and Colombia’s Sebastian Munoz at the halfway stage of the AT&T Byron Nelson in Texas.

Palmer’s 62 on Friday helped him climb 11 places up the leaderboard, and he will now hope to end his wait for a PGA Tour victory.

The 45-year-old last won on the PGA Tour in 2010 at the Sony Open, but after firing home ten birdies, he will fancy his chances at TPC Craig Ranch.

When asked about his performance, Palmer told Sky Sports: “Today was a matter of knowing you had to shoot low, put up a good number just to stay within striking distance.

“You never know when you’re going to catch lightning like that, and to make 10 birdies today is an awesome feeling, especially in front of some fans and some friends and family.

“So I love where we’re at, love what [caddie] Randy Smith and I are doing and some of the best putting I’ve been doing as well.”

Palmer, Skinns and Munoz (4/1 tournament outright), who are all tied on 15-under-par, will need to score low again on Saturday, with 10 players at 10-under or better.

Jason Kokrak, Beau Hossler, Hideki Matsuyama, Seamus Power, Mito Pereira and Alex Noren all share ninth spot on 11-under par, and it promises to be another exciting day of action on Saturday.