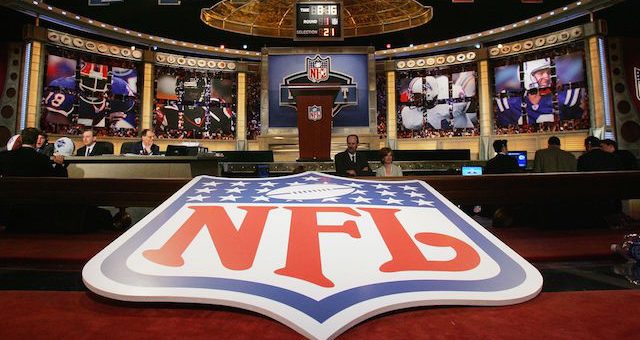 The 2022 NFL Draft is complete, and now it’s time to look back and figure which teams did best, and which picks will be fondly remembered.

Johnson was thought to be a top-10 pick by many, but fell all the way until the No. 26 overall choice, where the New York Jets traded back into the first round to take the Florida State star. Johnson was a menace last season in the ACC, leading the Seminoles with 17.5 sacks in his first year as a transfer from the University of Georgia. The Jets had a tremendous draft over the weekend, and Johnson should be one of their future stars.

The Chiefs have completely remade their receiving corps this offseason. They traded away star Tyreek Hill to the Miami Dolphins for five picks, including No. 50 overall in Friday’s second round. After moving back four spots from that selection, Kansas City took Skyy Moore out of Western Michigan, hoping to backfill some of Hill’s stats. Moore was great in the MAC last year, earning All-Conference honors with 1,295 yards and 10 touchdowns.  Expect Moore to have a big role as a rookie.

Dean fell to the third round largely because of medical concerns, and Eagles general manager Howie Roseman was smart enough to scoop him up. Dean was one of the stars on Georgia’s championship defense, and now he joins Philadelphia where he will play behind former college teammate, defensive tackle Jordan Davis. Provided Dean checks out medically, he was a first-round talent who the Eagles should see pay immediate dividends.

Thibodeaux was taken fifth-overall, and somehow he’s still one of the better values of the draft. The New York Giants had two first-round picks and used the initial one on the Oregon edge rusher, who racked up 35.5 sacks over three years in the PAC-12. Thibodeaux is arguably the most-talented player in the entire rookie crop, and he should start from the first game on a team with a new coaching staff and front office.

After spending two years on the bench at Auburn, Willis transferred to Liberty where he showcased tremendous arm strength and athleticism. Although thought a first-round pick by many, Willis went at No. 86 overall to the Titans, who can develop him behind Ryan Tannehill. If Willis turns into what his ceiling is, this will be the best pick in the 2022 NFL Draft.